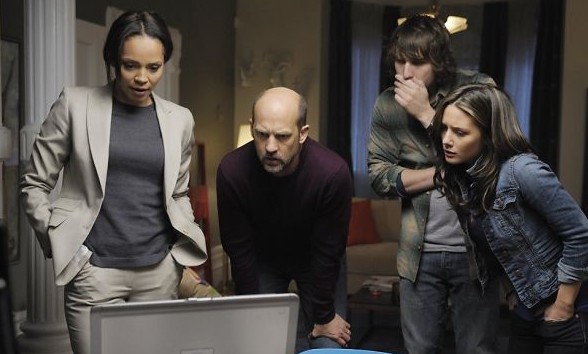 I love this show. Now how will we know how it ends?

I just read that they will put repeats of Shark Tank, Wife Swap, and Wipeout in its time slot. Now talk about drivel!

After one show I deleted this from the programming to tape. At least for me it was that bad. Should’ve kept Last Resort on.

The worst part is they are going to replace it with reruns of Wife Swap and Shark Tank. How stupid does ABC/Disney think we are? They cant even give the viewing public something new to watch!!! Here’s an idea move Zero Hour to Friday night, where you are only playing RERUNS anyway.

you can think us boycotters, we have been boycotting ABC since 2011….

I was really getting into this show. It had a lot of potential and not a bad story line.

I look forward to this show every week. ABC, did you ever think not everyone wants to watch the other mindess crap. Big mistake on your part.

I CANT BELIEVE THIS CRAP! Everytime a show with imagination gets started, its gets pulled. That is why I stay away from network TV. Everytime I get hooked, I get let down. I’ll stick to Southland and Law and Order reruns.

The first episode was so bad I had to keep watching mostly to see where it might go. If it continued an award for worst writing ever was a lock. After Anthony Edwards died valiantly in Top Gun he should have stayed dead. Worst casting ever.

Of course it is cancelled. They keep the shows like American Idol that should be cancelled as it is too played out and the winners really do not go anywhere with their signing. They keep the Bachelor and Bachelorett going even though both are stupid and so predictable. Anything that makes a person think or draws a person in is now cancelled before being given a chance. The people at the networks that make these decisions need to be fired and bring in people who actually have some brain cells and prefer to watch this type of show over stupid… Read more »

Agreed. You know it is all about money. Reality shows cost less to produce.

I actually watched this show from the 1st episode and the next 2 which is extremely rare for me. I enjoyed it – tv shows today often have no story line – just vapid people and stupid humor. Don’t watch reality TV either- I live reality and don’t need to watch on TV. It does not seem to be wise decision to me by cancelling this show.

An awful show that succeeded in doing something I thought impossible: making leftover Nazis and ancient religious secrets boring. Terrible writing, and Anthony Edwards made Hank seem whiny. I’m surprised it made it through three episodes.

I enjoyed zero hour it was a cross of the di vinci code and national treasure, 3 episodes doesn’t even give a chance especially with the shows they were up against, shame on ABC….oh but then they cancelled my soaps …they don’t surprise me with the stupid stuff they do!

Seriously??? I love this show and haven’t miss an episode! Why can’t they just give it a chance???