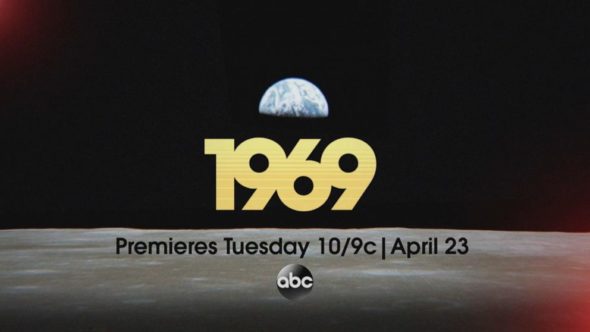 1969 was a storied year in American life. Now ABC has introduced the 1969 TV show, a docu-series that aims to explore the rarely told stories behind celebrated (and infamous) people and events of the time. Can it earn the kind of Nielsen ratings that will convince ABC to make another season (perhaps based on a different year), or is this a one-and-done kind of program? Cancelled or renewed for season two? Stay tuned.  *Status update below.

An ABC News production, 1969 features archival footage, as well as in-person commentary from news makers of the year that brought us the lunar landing, Woodstock, the Manson murders, and more. Contemporary personalities Black Thought, Jazz Jennings, and Laverne Cox also offer their takes on the news that was.

5/29 update: You can see the latest night’s ratings in context.

What do you think? Do you like the 1969 TV series? Should it be cancelled or renewed for a second season on ABC? Should ABC News profile a different year?