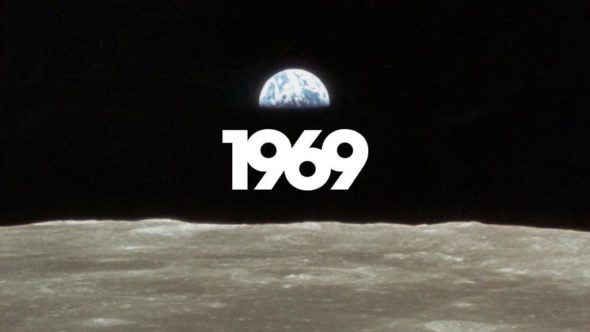 TV show description:
From ABC News, the 1969 TV show is a docu-series about the year that brought trouble and triumph to a world in turmoil.

Along with archival footage, the series includes commentary by people who were there, as well as contemporary personalities like Trotter, Jennings, and Cox. Salaam Remi wrote the score which pays tribute to a pivotal year in popular music.

Series Finale:
Episode #6 — Fortunate Sons
This episode traces the roots of the American culture wars to a time 50 years ago when the nation was increasingly prosperous and increasingly divided. The question of what America owed the world and its own people was hotly debated as the gap between the generations grew. In 1969, as President Richard Nixon battled a growing anti-war movement, TV shows like “Hee Haw” and “Lawrence Welk” promoted small-town values, while other shows like “That Girl” and “The Brady Bunch” challenged ideas about what a family and what being female should look like. In the same period, John Lennon and Yoko Ono staged Bed-Ins for Peace and young TV stars like Marlo Thomas attended anti-war rallies.
First aired: May 28, 2019.

What do you think? Do you like the 1969 TV series? Should this ABC TV show have been renewed for another season, spotlighting another year?

These comments are hilarious. A perfect example of being unable to see the forest for the trees. Duh, big red truck!

Lost all credibility having John Kerry the show.

We are enjoying the mini-series. Bringing up Chappaquiddick was unnecessary; people my age have heard it all 10,000 times. More hippies, less bummers please.

Never called out Ted Kennedy a murder and glossed over the facts to cover him. Liberal whitewash as expected.

Missed it will there be a rerun?

The show 1969 was terrible. I was under the umpressuon it was about 1969. It was all the moon landing. I turned it off. I graduated in 1969 and was interested in rhe yr. Not all the moon stuff. I will not watch again. I will keep my good memories.

Its a tv series not a movie. Other topics are on the other episodes.

That was the first episode. There is a lot more coming.

I could have written your critique. It was too much about the moon landing. I, too, graduated in 1969 and feel there was much more to share besides the landing!