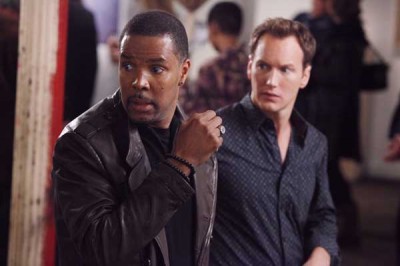 Best show I have watched in years. My 30 year old daughter became addicted when I shared with her. There was no advertisement on tv to alert us to watch this show. It was all word of mouth and you did not give us enough time to spread the cheer. Best all around show on tv. Rather see Greys Anatomy cancelled than The Gifted Man cancelled.

please make nither one it a good show

Why is it that a new series is never given enough time, before people are talking of cancelling the series. I think this was different, but I feel it does not need the ghost of the wife any further, but putting the rich with helping the poor in medicine is a good call. May it continue.

CBS must be mad to cancel this great show, I was totally addicted to it. Please make another series!!!!

The gifted man was one of the best show ever

BRING IT BACK! Im 22 years and i freaking LOVE the show! Please please please bribg it back!

I agree with everyone who wants this show brought back. Why do studios think intelligent adults would rather watch stupid reality shows rather than a program that is entertaining like A Gifted Man?

Every friday night that was the show to watch…Please bring it back….CBS please stop leaving the viewers hanging. I sat in front of my TV waiting to watch that show.

I loved that show so much.

I Loved this show. I miss it. I wish it would return to TV