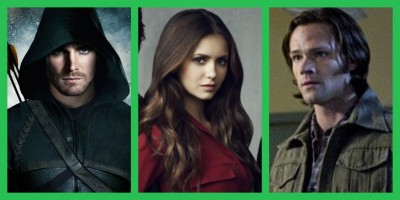 Please continue to air supernatural!!! I LOVE this show its the only show I watch and I own all seasons of SUPERNATURAL on DVD!! The casting team should add mixture stories from thai horror stories(freaky true stories) to other true horror stories from all over countries!

I enjoy all three of those shows, thought the season ending of Arrow was one of the best I have seen from any network, I have watched Supernatural since day one glad to see it still going.. Looking forward to the new season. 🙂

I’m thrilled that “Supernatural” will air again. Love the show. Hope they get to season 100 at least 🙂 I’ll be watching it all the way from Romania. Can’t wait!

God I love arrow! Love watching it with my kids

ABSOLUTELY LOVE SUPERNATURAL & VAMPIRE DIARIES. Haven’t watched Arrow but im sure i will.