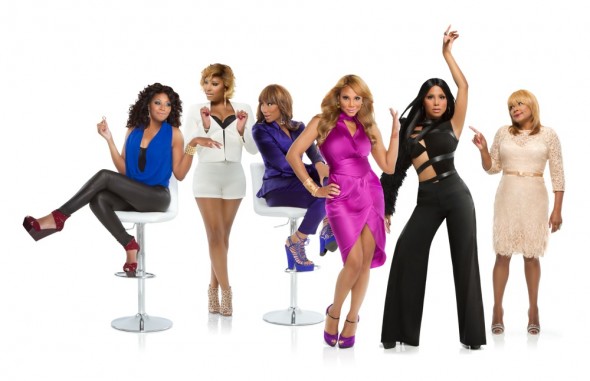 The Braxtons are back in action! WE tv just announced season six of Braxton Family Values will return in April.

The docuseries follows the lives of the Braxton sisters — Toni, Tamar, Traci, Towanda, and Trina — and their mother, Evelyn. The new season will see the family deal with relationship ups and downs as well as career changes.

Season six of Braxton Family Values returns to WE tv on April 4th at 9 p.m. ET/PT.

After their family fallout broke the internet, there will be more drama than ever before when WE tv’s hit series “Braxton Family Values” returns in its sixth season, premiering Thursday, April 4 at 9/8C on WE tv.

In the Season Six return, Toni has the family guessing did she and Birdman split up? Did they get back together? Tamar is ready for new beginnings as she has a new man in her life and makes history winning “Celebrity Big Brother.” Meanwhile, Traci opens for Tamar on tour and is defensive of her sister, Toni when it comes to her relationship. Towanda finally reveals her secret boyfriend and to her sisters’ surprise, it’s a familiar face. Evelyn launches a new business venture and cookbook to her daughters’ delight, featuring “Buffins.” Trina and boyfriend Von are ready to take their relationship to the next level however Trina receives tragic and devastating news forcing the couple to take a pause.

What do you think? Have you seen Braxton Family Values? Will you tune in for the new season?

Please come back for more seasons we miss y’all, and WE TV please don’t cancel the show because it’s a lot of fans waiting for the next season and can’t wait they made my life so much better with the things I learned from this show so please let’s get it together and start taping again I love them all of them!!!!!!