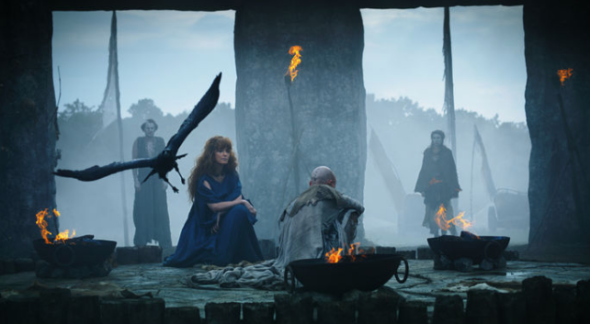 The UK drama is set in 43 AD and follows the “Roman army as they return to crush the Celtic heart of Britannia, a mysterious land led by warrior women and powerful Druids who claim to channel the powerful forces of the underworld.” The cast includes David Morrissey, Kelly Reilly, Zoe Wanamaker, Ian McDiarmid, and Mackenzie Crook.

Britannia is set to premiere on Sky Atlantic on January 18th. It’s unclear when the series will debut on Prime Video in the U.S., but January seems likely.

What do you think? Are you a fan of UK dramas? Will you watch Britannia?

I love the show. Fantastic.

I love this show although there is precious little historical accuracy of any sort except for the name of the general and the timing of the invasion. Hope there will be a season two.