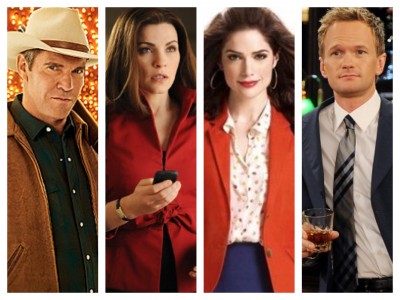 Will your favorite CBS TV series be ending soon? Has it been cancelled already? Which TV shows have already been renewed for next season? Whose fates are undecided?

Here’s a list of all of the regular CBS TV shows that have aired (or are expected to air) during the 2012-13 season — roughly September 2012 – August 2013. (I’ve also included Summer 2012 shows because some people will be looking for them.)

Using this “cheat sheet” you can tell where your favorite CBS television program stands; how many episodes are in the current season, when it’ll be back on the air and, of course, if it’s already been renewed or cancelled.

If you can’t find a particular CBS program on this list, it may have been cancelled last season (2011-12) or the one before that (2010-11) — time flies doesn’t it! For a list of cancelled or ending shows from all networks, you can go here. It may also be possible that we missed something so feel free to let us know in the comments below.

please do not cancel Vegas, I love that show

I feel that is one of the such a lot significant info for
me. And i’m happy reading your article. But want to observation on some normal issues, The site taste is ideal, the articles is in point of fact great : D. Excellent process, cheers

I hope they don’t cancel Vegas. CBS really needs to give new shows that have pretty good ratings a chance.

Do not cancel Vegas. Is an excellent show. Great actiNg.

I love The Mentalist

Totally Agree…not all the scientific ****, but pure logical thinking…
At least 2 more seasons needed, for an epic ending!!!

I’m worried for The Mentalist. That character has such amazing appeal and yet they keep moving the show around. I see 10 commercials for person of interest for every one mentalist commercial. So not cool. Simon Baker was nominated for an Emmy for acting. I don’t think any CBS show in recent history can boast that claim and yet, what does CBS do? They treat it like the red-headed step-child