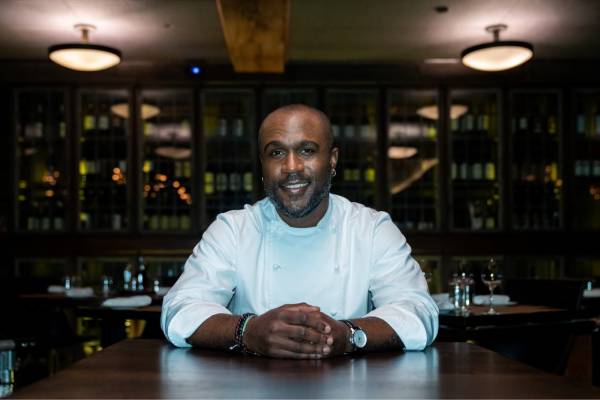 Food Network revealed more about the new series in a press release.

“Food Network’s newest series, Chef Boot Camp, takes a deep dive into one of the most critical and essential elements of restaurants everywhere – the chefs running the kitchen. The success of a restaurant starts and ends with the food they serve and trouble in the kitchen can jeopardize everything. Enter Cliff Crooks, Culinary Director of a global restaurant brand whose job entails making sure the entire enterprise runs smoothly, including hiring and firing the chefs for each kitchen. Now Cliff is taking his decades of expertise and embarking on a new mission to help struggling chefs from restaurants across the country prove that they deserve to keep running their kitchens. Nominated by their respective restaurant owners, each episode Cliff will put a trio of underperforming chefs through a grueling series of challenges to test their real-world culinary skills and fitness for the role. With their jobs on the line, these chefs will attempt to not only survive but thrive in Chef Boot Camp and prove to their owners they have the talent and passion it takes to succeed. Chef Boot Camp premieres Thursday, April 8th at 10pm ET/PT on Food Network.

“Cliff Crooks knows what it takes for a restaurant to be successful and in Chef Boot Camp, he brings his tremendous experience and a commitment to excellence to struggling restaurateurs and their kitchen staffs,” said Courtney White, Food Network President. “Cliff’s investment in these chefs is evident every step of the way as he gives everything he can to help them improve and succeed.”

In each episode, three struggling chefs embark on a three-day boot camp with Cliff who will assess their skills in the kitchen and address their areas for improvement. After an introduction to each chef that reveals what brought them to boot camp, he gets a firsthand look and taste of one of their signature dishes to begin to understand what the issues may be. Next, the chefs must demonstrate fundamental cooking techniques of a classic dish which they must create on time and to Cliff’s satisfaction, showing their skills, knowledge, and ability in the kitchen. Then, the chefs must bring it altogether – working a fast-paced, live dinner service at one of Cliff’s restaurants, and then, finally, whipping up a creative, new dish for their restaurant owners to demonstrate their growth and progress from boot camp. Some will rise to the challenge while others will not, with the fate of their career in the hands of chef Cliff.”

What do you think? Are you planning to check out the Chef Boot Camp TV series on Food Network?

Im enjoying this show so much. Chef Cliff really cares about bettering these Chef’s. He has so much compassion. I love watching positive shows such as this. Please keep this show.