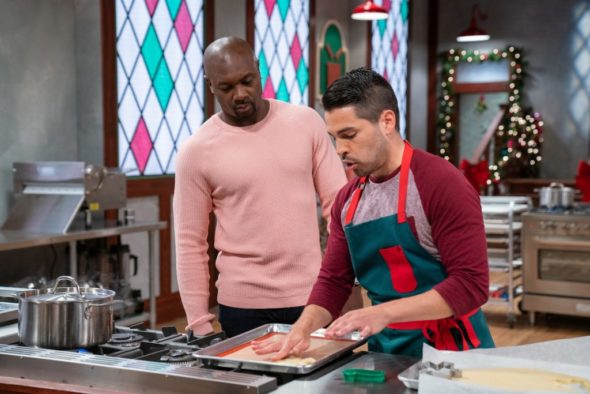 The Christmas Cookie Challenge is coming back for its fourth season to Food Network, but the season will have fewer episodes, per Variety. The season usually consists of eight episodes, but this season will only have six.

The shortened season is due to a member of the crew testing positive for COVID-19. The following was said about the decision in a statement shared by Food Network:

“At episode 6, unfortunately, an employee tested positive; after contact tracing, the producers decided to wrap production. The series was not ‘shut down’ by any outside party; rather, Sonic Dog elected to wrap three days early to allow staff, crew and cast to return home as opposed to extending the schedule.”

What do you think? Are you a fan of this Food Network series? Will you watch season four of Christmas Cookie Challenge in December?