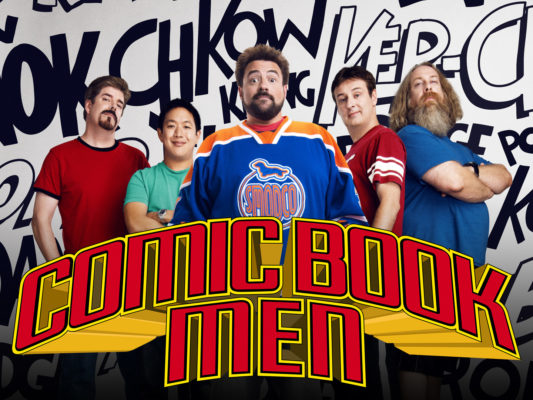 The end has come for Comic Book Men. CinemaBlend reports AMC has cancelled the TV show after seven seasons.

After 96 episodes, the @ComicBookMenAMC are now the Cancelled Book Men. On a new #SModcast, hear Walt, Bry, Ming, Mike & I hold a Viking funeral for our @AMC_TV show and reminisce about the happy highlights of seven seasons! With big @TellEmSteveDave news: https://t.co/C5HSs6H2F1 https://t.co/Ij6Rf9Suh8

What do you think? Have you seen Comic Book Men? Are you sad it’s been cancelled?

Sad to see it go.

The show was usually on at 12 am on Mondays, eastern standard time. Unless you DVR it, you probably won’t see it. A lot of people are in bed by then.

Loved it, i will miss it.