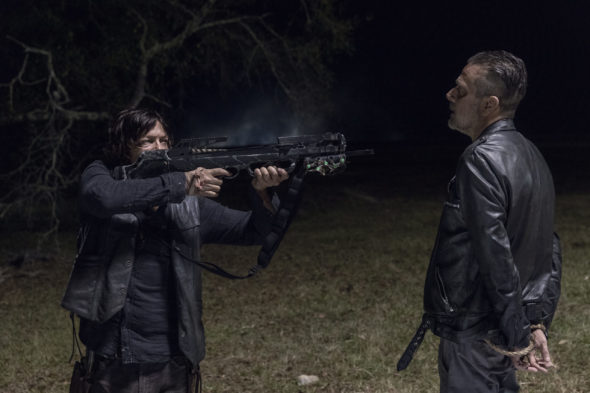 The Walking Dead is currently airing its 10th season on AMC, and the season was originally set to finish on April 12. Now, the season finale is being delayed due to the coronavirus. Post-production of the finale is not finished yet, so the episode will not air as originally scheduled. It will air later this year as a special.

(1/2) Current events have unfortunately made it impossible to complete post-production of The Walking Dead Season 10 finale, so the current season will end with its 15th episode on April 5. The planned finale will appear as a special episode later in the year. pic.twitter.com/TqeSHgRdKR

(2/2) The first 8 episodes of The Walking Dead Season 10 will be available for free on https://t.co/ZwydDAK1mT and the AMC app, immediately following the last Season 10 episode on Sunday, April 5 through Friday, May 1. Please follow us at @WalkingDead_AMC for updates.

The finale episode of The Walking Dead will air on April 5th.

What do you think? Are you enjoying season 10 of The Walking Dead? Will you watch the finale when it airs later this year?

The last few episodes have actually been as good as season 4,5,&6 in my opinion. I had just about given up on TWD. Now I look forward to Sunday night. I will watch the Finale later this year for sure. I hope and pray season 11 will continue much like the last half of season 10. Seems like the good ‘ole days ….almost!