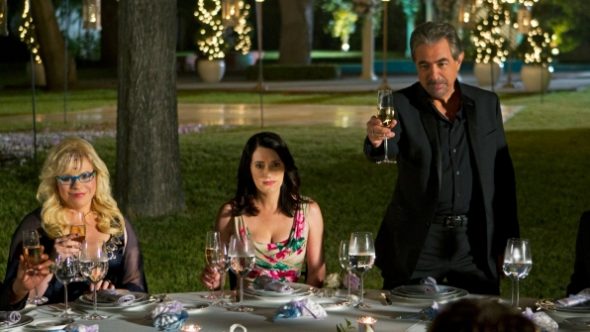 The BAU remains on the case. CBS announced today it has renewed its Criminal Minds TV show for a 13th season. According to the press release, this renewal marks The Tiffany Network’s 19th series returning in the 2017-2018 season.

Airing on the CBS television network, season 12 of Criminal Minds is averaging a 1.39 rating in the 18-49 demographic with 7.49 million viewers. Compared to season 11, this season is down by 23% in the demo and down by 17% in total viewers. Find out how Criminal Minds stacks up against other CBS TV shows.

What do you think? Are you still watching the Criminal Minds TV series? Do you plan to check out season 13 on CBS?

My husband and I love this show and will watch it as long as they leave it on the air. I hope this isn’t the final season.

Love this series. Watched all of them in a week. When will Season 13 be released?

Of course I will continue to watch even though Morgan and Hotch is gone. Actors move on or they just quit, that doesn’t mean the show will change that much. I have been a Criminal Minds Fan from the very begining, the only thing that will upset fme is if they cancell the show. Please keep it going and everyone should remember that Characters chage just like time changes. They can’t last forever.

Stopped watching when they fired Thomas Gibson and brought back Paget Brewster. Won’t be watching season 13.

I will always watch Criminal Minds no matter what changes are made. Well I would miss Ried if he left but I would get over it.

Glad it’s renewed. My favorite show for many years please keep current cast and much more but no moreoss and more of Rossi’s daughter.

This is my FAVORITE show!!!!!!!!! I thought it wouldn’t be as good with two of my favorite characters leaving, but I really feel like it’s still amazing show!

Will be back! Not happy that T Gibson will not be back.

I love criminal minds, I have watched every season faithfully. Besides ….Spencer can’t just stay in jail, what happens to him? I don’t know how I feel about the new cast , I think if Hotch and Morgan were there he wouldn’t have been in there so long. Morgan for sure would’ve done everything, and I mean that , to get him out of there or at the very least to figure out a way to get himself in prison to protect Reid. I miss the old cast and do hope they come back.

I totally agree with you!!!

Will I be watching season 13 this Fall? Of course . . . once a junkie, always a junkie!

You brought back Emily, bring back Morgan and Hotch. I’m still watching but your ratings are down. Listen to your viewers.

I do not watch much television, but I was almost a cult fan of Criminal Minds, until the cast changes. ‘Hotch’ was the gravitas for that show. I think this show has run its course. At the end of Season 12, they had a plethora of material to use (13 escaped serial killers) but did not develop that material. I think I will sit out Season 13 and go back to reading real books.

It’s one of my favorites. I wish Damian Dupton was returning. He added sophistication and calm to the team. I like the new team. I know I’m in the minority but I was glad t see Shemar’s character leave.

I watched from the first episode, but the prison arc finished me. Losing Shemar Moore was Strike One, losing Thomas Gibson was Strike Two, and Matthew Gubler’s character in prison was Three. (Not to say MG didn’t do as well as anyone could’ve with it, just that the plot line seemed right out of soap opera territory.) And I’m saying this as a Joe Montegna fan.

I hope it last season it getting terrible without original part of cast members left persuit other careers cancelled after 13 season. Spin off terrible except beyond borders was left make it big on ratings ugh.