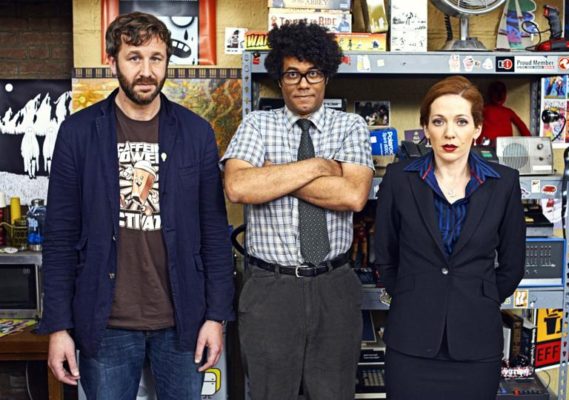 Is NBC giving The IT Crowd another go? Deadline reports the network is developing an American remake of the hit UK comedy.

From Graham Linehan, the sitcom centers on the eccentric IT staff at a corporate office. The UK series starred Chris O’Dowd, Richard Ayoade, and Katherine Parkinson and ran for four seasons before ending with a special in 2013.

NBC has tried to develop an American version of The IT Crowd twice before, in 2007 and 2014. Unlike those attempts, creator Graham Linehan will have direct involvement with this remake, serving as both writer and executive producer.

What do you think? Are you a fan of The IT Crowd? Would you watch an American version?