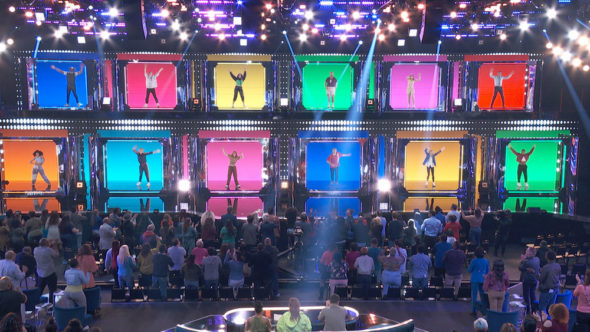 TV show description:
A competition series, the Dancing with Myself TV show was inspired by the millions tuning in to watch the latest dance crazes on social media.

Episodes follow groups of everyday people as they compete in a series of high-energy dance challenges created specifically for the show by the celebrity judges and their guests. Isolated in their own pods, contestants have a short time to learn the new routines, add their own unique flair, and then perform their hearts out in front of a live studio audience.

As each round of the competition progresses, the creators on the judging panel provide feedback. They and the members of the studio audience choose their favorite contestants to advance. In the end, the studio audience decides on the best dancer of the night who is then awarded a cash prize.

What do you think? Do you like the Dancing with Myself TV show? Do you think it should be cancelled or renewed for another season?