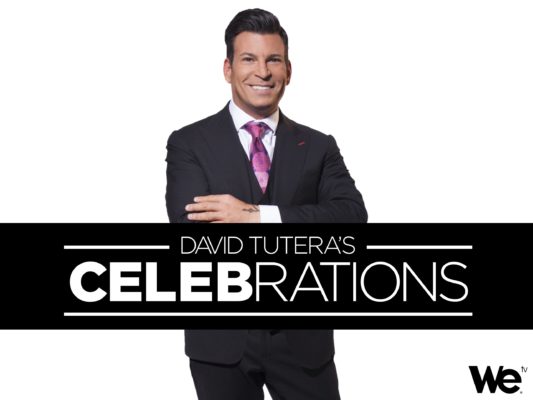 David Tutera’s CELEBrations is back! Recently, WE tv announced the TV show’s third season will debut in August.

The series follows party planner David Tutera “as he and his team work hard to exceed expectations by planning the most glamourous and spectacular events that even his own clients couldn’t have imagined.” This season’s celebrity guests include Vivica A. Fox, Mario Lopez, and Niecy Nash.

Season three of David Tutera’s CELEBrations premieres on WE tv on August 3rd at 10 p.m. ET/PT.

The third season of “David Tutera’s CELEBrations” returns Friday, August 3rd at 10PM ET/PT on WE tv. Everyone’s favorite party planner is back with more of his famous client’s over-the-top demands as he and his team work hard to exceed expectations by planning the most glamourous and spectacular events that even his own clients couldn’t have imagined. With new celebrity clients including Mario Lopez, Vivica Fox, Ice-T & Coco, and Niecy Nash, David has to spread himself thin to see every detail meets his executional standards. Can David and his team fulfill all the necessary tasks needed to execute each unique event while dealing with a few bumps along the way?

In the season return, actress Vivica Fox wants to celebrate her birthday, her new home, and launch her lingerie line, all in one party. But the situation quickly becomes more complicated than David expected when Vivica decides to host the big event in her small house. Will David be out-Foxed.

What do you think? Have you seen David Tutera’s CELEBrations? Will you watch the new season?

HELL YES I love ❤️ him and his shows