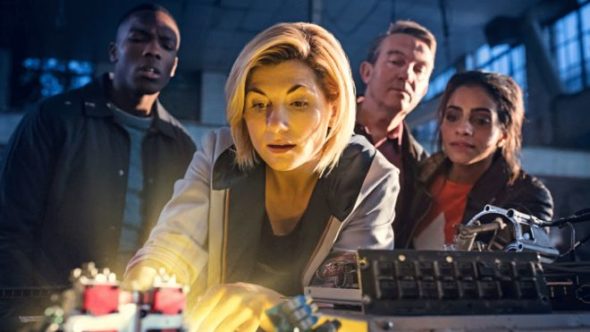 Are you ready to ring in the new year with Doctor Who? The BBC has just released a new trailer for the TV show’s New Year’s special and Deadline reports season 12 will debut in 2020.

The Doctor Who New Year’s Day special will see The Doctor (Jodie Whittaker) confront a “terrifying evil” that has plagued the Earth for centuries. The cast also includes Tosin Cole, Mandip Gill, and Bradley Walsh.

The Doctor Who holiday special premieres on BBC America and BBC One on January 1st at 8 p.m. ET/PT. Season 12 is expected to premiere in early 2020.

Take a sneak peek at the upcoming special below:

The Doctor and her friends will land again with an all-new season on @BBCAMERICA in early 2020. #DoctorWho pic.twitter.com/20fLDLigXK

What do you think? Do you watch Doctor Who? Are you excited for the holiday special?

Why was it switched to New Year’s ?

I would imagine that the BBC promoted the switch in an effort to be “P.C.”, assuming that non-Christian viewers might be offended by a Christmas episode. IMHO that type of thinking is very silly. It led to a poor decision, for December 25th has always been a great day for the entire family to sit down together and view the show Who whereas New Year’s Day isn’t exactly a time for big domestic gatherings!