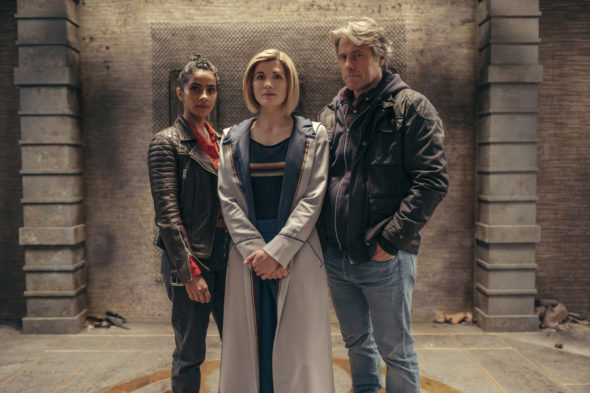 Doctor Who fans received some big news at a panel at ComicCon@Home over the weekend. The first trailer for season 13 of the sci-fi series was released, but a premiere date hasn’t been revealed yet. The delay is due to the pandemic.

For season 13, the series is adding Jacob Anderson from Games of Thrones to the show which currently stars Jodie Whittaker. New details for the season were also revealed by Chris Chibnall, showrunner of the sci-fi BBC America series.

Viewers last saw the Tardis in action in a special event earlier this year. The series will pick up the action sometime after events from the last appearance. The Doctor and her companion, Yaz, will have been traveling together for some time, and they will come across another character, played by cast addition Jacob Bishop.

Chibnall revealed the following about the upcoming season of Doctor Who, per Syfy Wire:

“It’s all one story, so every episode is a chapter in a bigger story. We’ve changed the shape of the series for this year.”

Check out the trailer for Doctor Who season 13 below.

What do you think? Are you excited about the return of Doctor Who on BBC America?

It is too bad that a really great show should go down with a whimper like this… bad show all.

I’m pretty irritated that they never aired that special event show in my area. I have no idea what happened in it. Glad it’s finally coming back. But I’m going to be lost.

I really don’t think that this show runner quite knows what he’s doing. If the story does not gel with the fans, then we are stuck with that story to the end of the season.