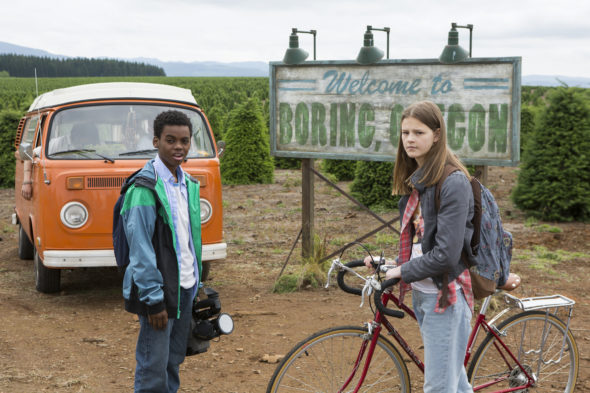 Everything sucks, and high school is no exception — for students, teachers, and parents alike. When two groups of outsiders — the A/V and Drama club kids — collide, anything could happen. Even though its the age of VHS, “You can’t fast-forward high school.”

Series Finale:
Episode #10: “We Were Merely Freshmen”
The Boring community comes together for the movie premiere, where angst simmers, even as wounds heal and relationships blossom. (Courtesy of Netflix)
First aired: February 16, 2018

What do you think? Do you like the Everything Sucks! TV series? Should this TV show be cancelled or renewed for another season on Netflix?

I know it’s been two years but please renew everything sucks for a season 2 I need the show!!!

I want this show to come back to see what happens .

Please renew the tv show, we need a season 2