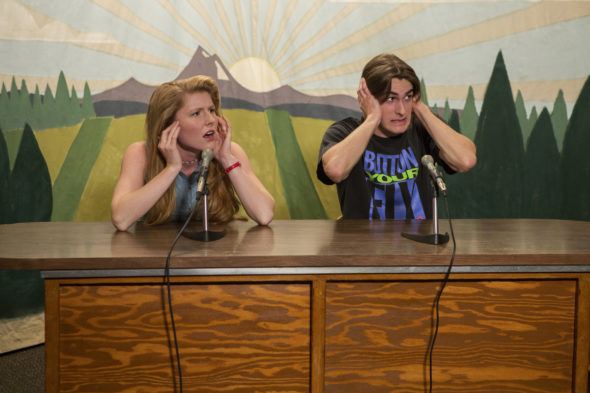 Well, add this to the list, along with everything else. The Everything Sucks! TV show has been cancelled by Netflix. There will be no second season of the coming-of-age dramedy, which premiered in February of this year. Check out the tweets from the show’s official Twitter page and stars Peyton Kennedy and Sydney Sweeney, below.

A Netflix original from Ben York Jones and Michael Mohan, Everything Sucks! stars Peyton Kennedy, Jahi Di’Allo Winston, Patch Darragh, Claudine Mboligikpelani Nako, Sydney Sweeney, Elijah Stevenson, Quinn Liebling, and Rio Mangini. The period piece kicks off in 1996, in Boring, Oregon. The story centers on high schoolers Kate Messner (Kennedy) and Luke O’Neil (Winston), as well as Kate’s dad, Ken (Darragh), and Luke’s mom, Sherry (Nako). Everything sucks, and high school is no exception — for students, teachers, and parents alike. When two groups of outsiders — the A/V and Drama club kids — collide, anything could happen. Even though its the age of VHS, “You can’t fast-forward high school.”

Reactions to the Everything Sucks! Cancellation by Netflix


This is Boring High, signing off. <3 pic.twitter.com/bSVBFTSYFX

Everything Sucks! Cancellation Address by EP

We’re super proud of the show we made — and very proud that it found an audience of very passionate fans, for many of whom it became an important personal touchstone: either reflecting their current life, or an echo of their own teenage years,” said exec producer Jeff Pinker. “We are grateful to Netflix for the opportunity, but are very disheartened we won’t be continuing to tell these stories.”

The show, following two groups of high school misfits, an AV club and a drama club, that collide in 1996 Oregon, made waves within the LGBT community but struggled to cut through to mass appeal despite a small group of loyal and vocal supporters. The series was particularly praised for its lesbian representation as it followed young Kate Messner’s (Kennedy) coming-out process.

Everything Sucks, which had drawn comparisons to Judd Apatow’s great one-and-done series Freaks and Geeks,has a 69 percent rating among critics on Rotten Tomatoes, and an impressive 89 percent metric among viewers. (Netflix, like fellow streamers Amazon and Hulu, does not release viewership information.) 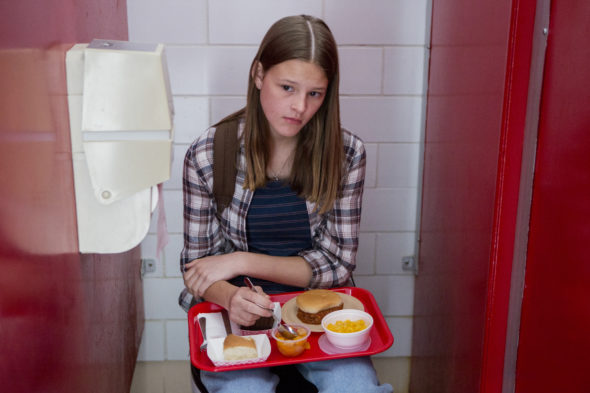 What do you think? Did you watch the first season of the Everything Sucks! TV series? If it were up to you, would Netflix have cancelled or renewed this TV show for a second season? Let us know, below.

I would def renew it because me and my bff love this it has soooooooooooooo good acting and drama I’m desperate for a renew, THEY LEFT US AT A CLIFF HANGER.
thanks a lot Netflix

What an appropriate title for a lot of different things. Someone should copyright it in a hurry.