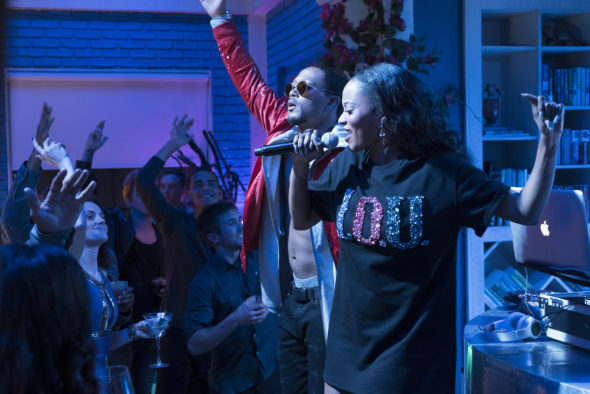 How well does the cast of Locked fare during the second season of the Famous In Love TV show on Freeform? As we all know, the Nielsen ratings typically play a big role in determining whether a TV show like Famous In Love is cancelled or renewed for season three. Unfortunately, most of us do not live in Nielsen households. Because many viewers feel frustration when their viewing habits and opinions aren’t considered, we’d like to offer you the chance to rate all of the Famous In Love season two episodes here.

A Freeform drama based on the Rebecca Serle novel, Famous In Love stars Bella Thorne, Carter Jenkins, Charlie DePew, Georgie Flores, Niki Koss, Pepi Sonuga, Keith Powers, and Perrey Reeves. The action centers on Paige Townsen (Thorne). Upon landing a role in the Hollywood blockbuster, Locked, Paige must acclimate herself to fame and all it entails. When season two kicks off, two months have passed since the events of the season one finale. The cast of Locked has gone through a lot of changes in that time, and consequences await.

What do you think? Which season two episodes of the Famous In Love TV series do you rate as wonderful, terrible, or somewhere between? Should Freeform cancel or renew Famous In Love for a third season? Don’t forget to vote, and share your thoughts, below.

I need a third season! I need to know if it was Jordan or Tangey that got hurt at the end and if they’re okay… I binged watched both seasons!! I need a third!