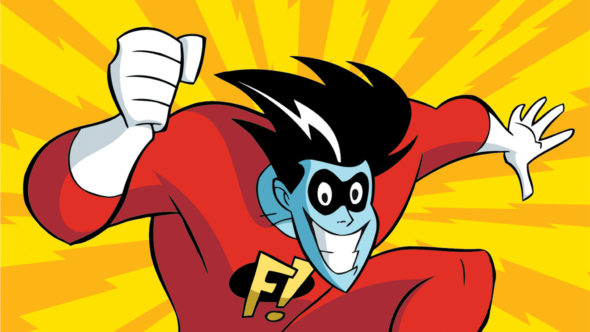 A familiar character is coming to Cartoon Network. Freakazoid, from the titular Kids’ WB TV show, will appear in a new episode of Teen Titans Go!.

An animated series, Freakazoid! premiered in 1995 and follows a geeky teen who is transformed into a crazed superhero. The show ran for two seasons before ending in 1997.

Yes, Freakazoid is making a mini comeback. Last year the folks at Teen Titans Go sent me a script and it was pretty funny! They asked me to add a few things and I did and we recorded it last December. They also got David Warner! Ed Asner! And Joe Leahy! Ep this weekend!

The episode “Huggbees” description: "The Brain teams up with The Lobe, so the Titans enlist the help of Freakazoid to stop them."

Although it's not showing up on some TV listings… This is what is showing up on at least some other listings! Thanks to the fine folks at our Discord for the pics! pic.twitter.com/TK7zUzivPL

What do you think? Do you remember the Freakazoid! TV series? Are you a fan of Teen Titans Go!?