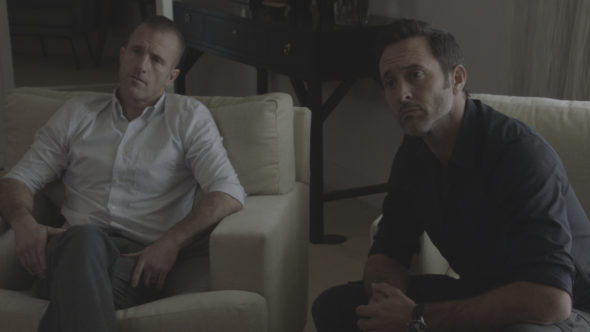 Deadline revealed the following about Lance Gross’ role on the CBS series:

“Gross will play Lincoln Cole, a decorated war hero and ex-Marine Gunnery Sergeant with the Fleet Anti-Terrorism Security Team. Lincoln’s actions as an anonymous good Samaritan now have him in the cross-hairs of some very dangerous people, and McGarrett (Alex O’Loughlin) and Five-0 are determined to protect him at all costs.”

Hawaii Five-0 has not yet been renewed for a new season. This season is currently averaging 7.056 million viewers an episode.

What do you think? Do you want another season of this reboot series?

Please bring back 5-0 because it has some of the best storylines on tv. Lance Gross would be an amazing fit to lead the team!

Lance Gross needs to be the new commander of the five o task force! All the implications were there! He was amazing and had an excellent demeanor of a willing and trustworthy leader. In addition there are far too many story lines to delve into, with Tani and Junior, Adam and the Yakuza, Dano and his family, a mostly undiscovered story/ past of Quin, and quit obviously Lincoln’s life. PLEASE PLEASE run it back! It’d be incredible.

Please continue this show. Lance seems like a great fit

I think it should continue to honor the team Steve put together! He trained them well and helped them all thru difficult times and made them feel needed and good at what they do! The cast with the new character, Cole are strong enough to hold there own!

This is my favorite show. I have never missed an episode. Please renew for a new season and add Lance Gross. He adds additional action.