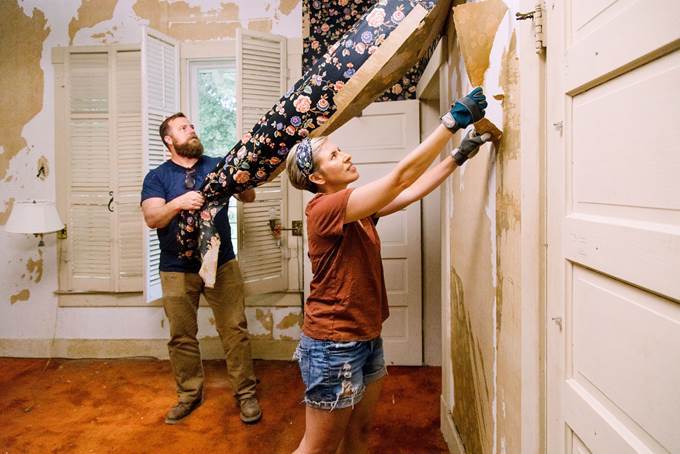 Home Town and Home Town: Ben’s Workshop have both been renewed for additional episodes. The Ben’s Workshop spin-off will have a 10 episode second season on Discovery+, and 20 new episodes of Home Town will air on both the HGTV cable channel and the Discovery+ streaming service. The series follows Erin and Ben Rapier as they renovate homes in Mississippi.

HGTV revealed more about the renewal of both shows in a press release.

“HGTV has picked up 20 episodes of fan favorite series Home Town after it attracted a whopping 32 million viewers during its last season. Starring home renovation experts Erin and Ben Napier, the series will spotlight the couple as they bring new life to outdated homes in Laurel, Mississippi, and navigate their busy family life as parents of two. In addition to airing on HGTV in early 2022, the new season of Home Town also will be available to stream on discovery+.

And, following its successful debut on the streaming platform, the exclusive series, Home Town: Ben’s Workshop, has been picked up for a new season of 10 episodes. The series spotlights Ben as he welcomes celebrity guests to his real-life workshop.

“I’ve always loved the bigger projects we do for Home Town because Erin and I help make a difference for homeowners and for entire neighborhoods,” said Ben. “Now I have the added bonus of sharing more of my passion on Home Town: Ben’s Workshop. Showcasing the patience and detail that goes into woodworking with fans who wanted to see more of that process is a dream come true.”

The couple, who have more than one million followers on social media, will continue their mission to revitalize their small town one home at a time using Erin’s artistic vision and Ben’s woodworking prowess.

“Home Town is not just about renovations, it’s about the power of community,” said Jane Latman, president, HGTV. “We love that the series delivers great ratings in all key demos, season after season, but it’s the inspirational message about neighbors working together, as well as Ben and Erin’s enthusiastic fans, that have helped HGTV build yet another breakout franchise.”

What do you think? Are you excited to see new seasons of Home Town and its spin-off?

Of course. Can NEVER GET ENOUGH OF THEM!