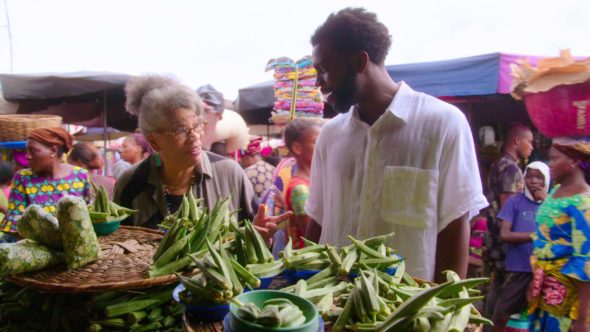 High on the Hog is returning to Netflix for a second season. The renewal was first announced on social media, and the series, based on the book by Jessica B. Harris, features host Stephen Satterfield exploring the history of African American cuisine.

Grab a plate, it’s time for seconds 🥗
We’re so excited to share that HIGH ON THE HOG will be back for season two!!! pic.twitter.com/mFyMrdjLCg

Roger Ross Williams, the director and executive producer of the Netflix series, said the following about the show’s renewal, per Deadline:

“I am so thrilled to announce the second season of High on the Hog with Netflix and to be able to continue this incredible journey through Black food and culture. It has been wonderful to see the powerful reaction audiences had to our first season and we hope to further amplify and empower the Black culinary story and experience.”

“We are elated to have the opportunity to share more of the incredibly rich history of African Americans. The next chapter of High on the Hog has many more beautiful untold histories. Numerous people reached out to ask us if there would be more and we are incredibly excited that Netflix has agreed to another season. The best is yet to come.”

A premiere date for season two will be announced at a later time. Season one premiered on the streaming service in May.

What do you think? Are you a fan of High on the Hog? Do you plan to watch season two on Netflix?

Haven’t heard of this one. May check it out.