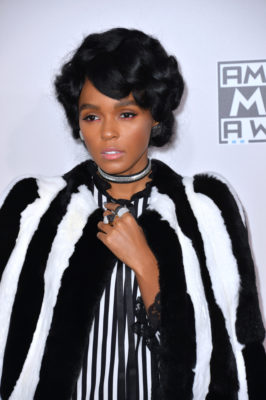 Janelle Monáe is coming to Amazon. TVLine reports the musician has joined season two of Homecoming.

Based on the podcast of the same name, season one of the drama stars Julia Roberts as Heidi, a caseworker “at the Homecoming Transitional Support Center, a Geist Group facility helping soldiers transition back to civilian life.” The cast also includes Stephan James, Sissy Spacek, Bobby Cannavale, Dermot Mulroney, and Shea Whigham.

According to TVLine, season two of Homecoming will differ greatly from season one. Julia Roberts, who starred in the first season, is not expected to appear in the upcoming season. Meanwhile, Monáe will take over the lead role as “a tenacious woman who finds herself floating in a canoe, with no memory of how she got there — or even who she is.”

Season two of Homecoming is slated to debut on Amazon in 2020.

Maybe an episode or two, but it won’t be the same. I am sure there will be better shows to watch. Julia Roberts was the main part