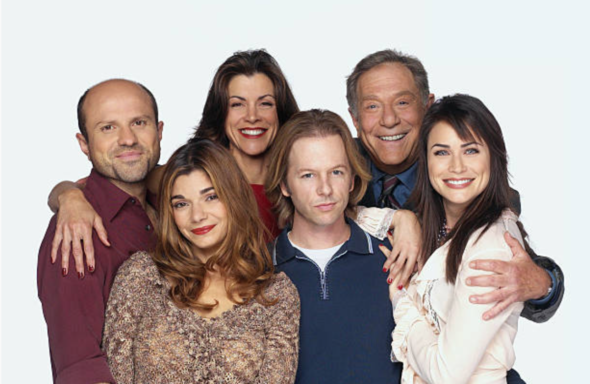 Just Shoot Me had a bit of a reunion recently. David Spade gathered his former castmates together for a conversation on his talk show, Lights Out with David Spade. During the video, he tries to convince the cast to reunite for a revival of the series.

However, TV Guide revealed that not everything works out like Spade thought it would. When he shows up for the first table read, he has been replaced by Bob Saget.

Just Shoot Me aired between 1997 to 2003 on NBC. The cast of the series included Wendie Malick, George Segal, Laura San Giacomo, and Enrico Colantoni.

Check out the Just Shoot Me revival clip below.

What do you think? Do you wish that this was not just a fun clip but a real revival plan for the comedy?

I would love to see a remake, David Spade is crazy! I also wish they would re-air this along with Night Court

I’d love to see this show come back.

I do wish Just Shoot Me would have a reboot, I loved that show. I do not see it on reruns in my area, I wish I could.

I loved this show! Definitely would watch a return but has to be orginal cast.

That clip is hilarious…..I LOVE Lights Out w/ David Spade – it would be great to have them all on.