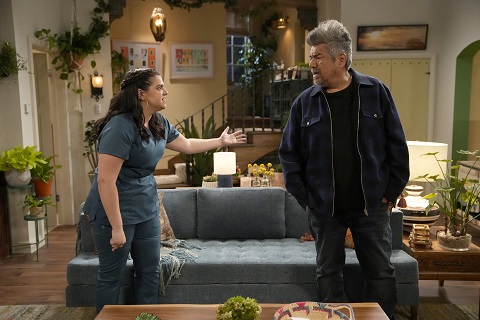 Lopez vs. Lopez is headed to NBC. The new comedy series, which stars George Lopez and his daughter Mayan Lopez, has been ordered to series for the 2022-23 season. Selenis Leyva, Brice Gonzalez, and Matt Shively also star in the series. Laci Mosley and Kiran Deol will recur.

A multi-camera sitcom, it follows a working-class family and looks at the dysfunction, reconnection, and all the pain and joy in between.

The show comes from The Conners‘ Bruce Helford and Debby Wolfe. A Salvadoran-American writer, Wolfe came up with the show’s concept and worked with George and Mayan Lopez to develop it.

A premiere date for Lopez vs. Lopez will be announced later.

What do you think? Are you excited to see George Lopez back on the small screen in a new series?

Can not wait to see George Lopez back on TV. Loved all his past sitcoms.

I really like George Lopez’s sitcom “George Lopez”, so I actually want to check this out.