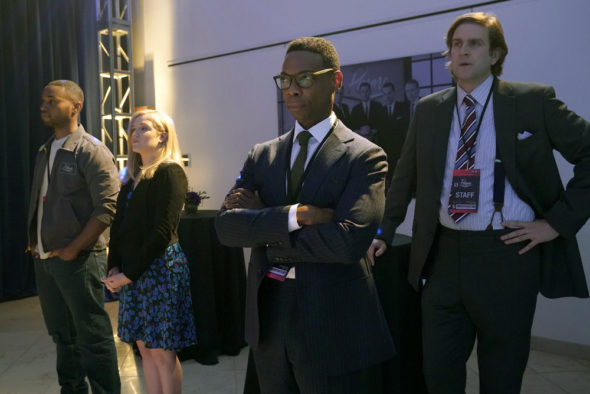 Gas up the car, this sitcom is going to keep on trucking. American Auto has been renewed for a second season on NBC. The first season finished airing in March.

The first season of American Auto averages a 0.37 rating in the 18-49 demographic and 2.17 million viewers in the live+same day ratings (including DVR playback through 3:00 AM). It’s a middle-of-the-road performer for the network in the traditional ratings. In the live+7 day ratings, the show averaged a 0.50 demo and 2.72 million with the additional delayed viewing.

What do you think? Have you watched the American Auto TV series? Are you glad to hear that it’s been renewed for a second season?

This is a funny show. It’s not just about cars. It’s about business management, ethics, and working relationships.

Superstore in a different setting but still good.

This is so EXCITING!!

I am so glad. This show has given in me many laugh out loud .loud moments.