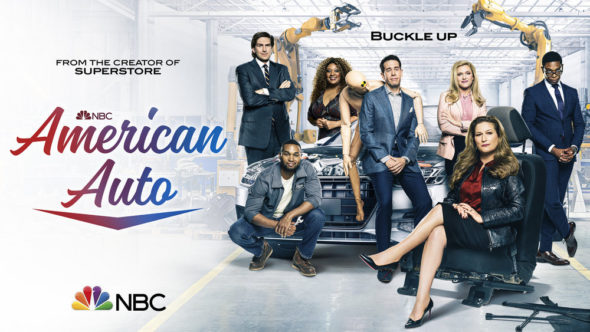 NBC could really use a hit comedy. For the first time in over 70 years, the peacock network didn’t have any sitcoms on the fall schedule. Will American Auto be a hit and get renewed for a second season or, will it quickly run out of gas and be cancelled? Stay tuned.

What do you think? Do you like the American Auto TV series on NBC? Should it be cancelled or renewed for a second season?

I’ll give this another shot in the hopes for improvement but boy, there was some ugly attempts at humor there! Wow!