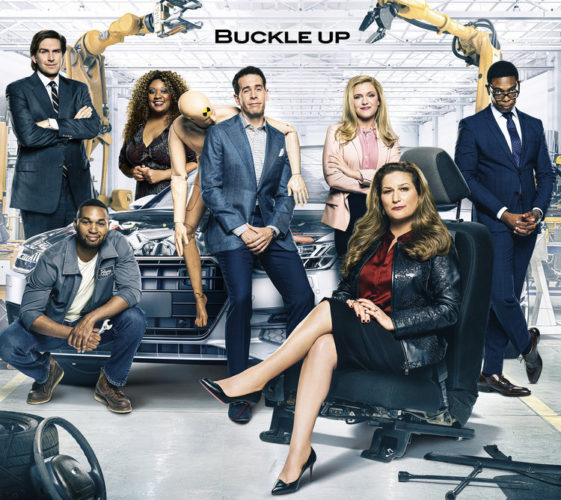 Set in Detroit, the story finds the corporate executives of Payne Motors at a crossroads — adapt to the changing times or be sent to the junkyard.

Shaking things up is the new CEO, Katherine Hastings (Gasteyer), whose leadership, experience, and savvy is only slightly offset by her complete lack of knowledge about cars.

Luckily, Katherine’s team has some of the best minds in the business — when they aren’t fighting or trying to outwit each other. Those working at the company include Sadie (Dyer), the type-A head of communications; Dori (X Mayo), the sweet assistant to the CEO; Cyrus (Washinton), the Chief Producer Designer; Elliot (Ker), the Chief Sales Officer; Wesley (Barinholtz), the direct descendant of the company’s founder; and Jack (White), an assembly line worker.

From the corporate office to the factory floor, the crew of Payne Motors is driving home the laughs.

What do you think? Do you like the American Auto TV show? Do you think it should be cancelled or renewed for another season?