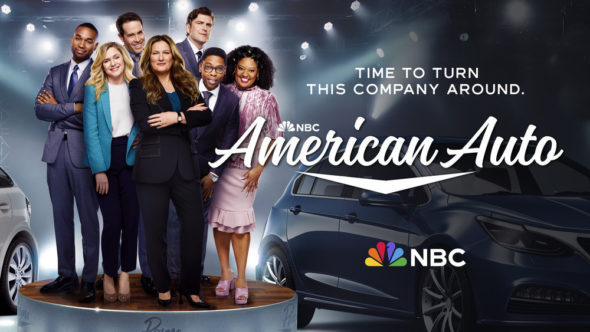 In its first season, American Auto was a middle-of-the-road performer for NBC but was still the network’s second-highest-rated sitcom. With Night Court as a lead-in, will the numbers improve this time around, or will they fall? Do you expect American Auto to be cancelled or renewed for season three? Stay tuned.

1/25 update: You can see the latest night’s ratings in context.

For comparisons: Season one of American Auto on NBC averaged a 0.37 rating in the 18-49 demographic and 2.17 million viewers.

What do you think? Do you like the American Auto TV series on NBC? Should it be cancelled or renewed for a third season?