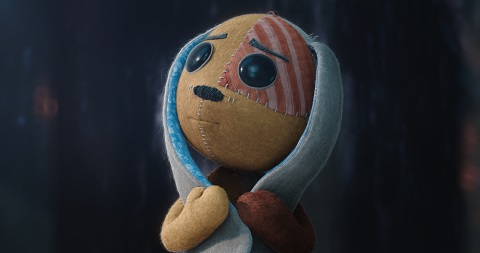 The adventures of Ollie are coming to Netflix. Lost Ollie tells the tale of a lost toy who is trying to find his way home. The animated series is based on the story by Brandon Oldenburg and William Joyce.  A premiere date has not been set.

Netflix released more about this new series in a statement from Teddy Biaselli, Director of YA/Family Series for the streaming service.

“I’ve been a toy collector my entire life. My personal collection consists of thousands of toys, some modern and sleek, and others vintage and worn from all the adventures I took them on as a kid. And though time has taken its toll, I have held onto them because of the special place they hold in my heart. We’ve all had a toy like that – a confidant, a protector, a sidekick, a best friend. And when we’ve lost a toy…it’s like we’ve lost a part of ourselves.

That’s the premise of Lost Ollie, the tale of a lost toy searching across the countryside for the boy who lost him, and the story of the boy who lost more than a best friend. This new live-action family series has been in the works for four years. It was one of the first projects I bought when I came to Netflix because I saw in it the universal story of loss that all of us, no matter how old, could relate to.

The show is inspired by a story developed by Academy Award winners Brandon Oldenburg and William Joyce, which later became the book Ollie’s Odyssey – and has been artfully adapted by creator Shannon Tindle, whose Kubo and the Two Strings was one of my favorite animated films in recent years. Shannon found a deeply personal connection to the material and has brought Ollie to life with the same artistry and emotion that he did on Kubo, Coraline, and his Emmy-winning work on Fosters Home for Imaginary Friends.

We are thrilled that Academy Award-winner Peter Ramsey is going to helm this epic adventure as director and executive producer. Peter previously adapted another of William Joyce’s works (The Guardians of Childhood) into the animated feature film Rise of The Guardians. Then of course he gave us all a stunning, new and vital vision of everything animation can be as the director of Spider-Man: Into the Spider-Verse, which earned the Academy Award for Best Animated Feature in 2019.

Joining Shannon and Peter are Shawn Levy, Josh Barry and Emily Morris from 21 Laps Entertainment, some of the brilliant minds who brought us Stranger Things, and Academy Award winners Brandon Oldenburg and Lampton Enochs. And we’re so lucky to have the Emmy Award-winning artists at Industrial Light & Magic bringing Ollie and his friends to life.

Lost Ollie is truly an odyssey about two friends trying to reunite in the face of all the dangers that childhood can throw at them. I love this show because it taps into that well of emotion we all feel when we lose something or someone important to us, and the courage we have to find in ourselves to get it back, or to move on.

I can’t wait for you to meet Ollie and to fall in love with him like we have. And until then, give your favorite toy an extra squeeze for me.”

What do you think? Do you plan to check out the new Lost Ollie TV series on Netflix?