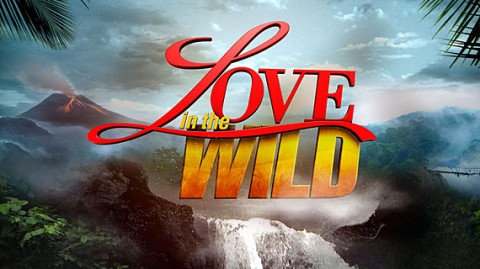 It looks like NBC has lost their affection for Love in the Wild. The series won’t be coming back this summer, isn’t part of the 2013-14 season schedule, and has been dropped from the network’s website.

Hosted by Darren McMullen (season one) and Jenny McCarthy (season two), Love in the Wild ran for two years and 16 episodes.

In the series, 10 men and 10 women are paired into couples and compete in challenges together. The winners spend a night in a resort together and then, the next morning, new partners are chosen. In the end, one couple ends up winning a trip around the world.

What do you think? Do you like Love in the Wild? Are you hoping that it returns some day?

Please bring back Love In the Wild. I really like the show. I was great to watch.

BRING IT BACK EVEN THE qe yr old loves it. really the bachelor keeps coming back take that off and BRING BACK LOVE AND THE WILD

Please air this show!! my husband and I absolutely love it and wait all year for it to air.. its a ♥♥♥♥♥ thing

No!! Please air it!!! It is my favorite show

I LOVED Love in the Wild!! I’m so sad to hear that it won’t be on again this summer:( Please bring it back!!!

Just kind of fun show. Not everything has to be Emmy worthy.

Please bring Love in the Wild back! This is one of the best shows ever

I loved watching this show! Please renew it for a 3rd season. I was anticipating for it to come back on this summer. I’m disappointed that it won’t be airing on t.v anymore it was my favorite reality show to watch during the summer. The races or adventures are sooo epic plus I enjoyed seeing the beaches and environment.

I hope they bring back LOVE IN THE WILD, it is my favorite show. I am very disappointed it will not be on this summer. Please bring it back.

Love in the Wild was one of our favorite TV shows. After each season went off, we couldn’t bear to wait until the next season aired. To hear that Love in the Wild will not be having a season 3 is terrible news. I have been waiting for season 3 to come on, and I’m very disappointed to have been wasting my time. NBC made a terrible decision and I am heartbroken.

If I wanna watch garbage, I’ll go to a landfill. I don’t need it on my TV. I’d like to see ALL those inane dating/relationship shows tank; the sooner the better. I DON’T CARE WHO’S DOING WHO! If I were interested in that Bee Ess, I could just spy on my neighbors, commercial-free, without adding to my electric bill

I just shake my head at NBC these days.

You and me both.

The government should by DVDs of this and use this to interrogate suspects. They’d plead for mercy and tell us all. That’s how agonizingly idiotic this show was.