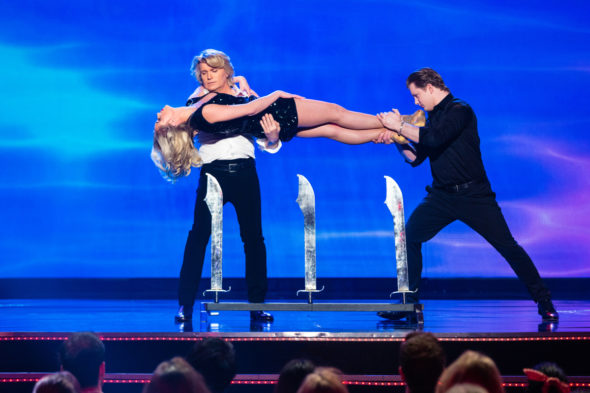 Are ratings real or imagined? Has the Masters of Illusion TV show been cancelled or renewed for an 11th season on The CW? The television vulture is watching all the latest cancellation and renewal news, so this page is the place to track the status of Masters of Illusion, season 11. Bookmark it, or subscribe for the latest updates. Remember, the television vulture is watching your shows. Are you?

A stage magic series, Masters of Illusion debuted on Pax TV in 2000 and ran for two seasons before moving to MyNetworkTV for a third year before being cancelled. In 2014, The CW revived it on Friday nights. Dean Cain hosts the series, which features magicians performing escapes, large-scale illusions, and sleight-of-hand tricks in front of a live audience.

Will The CW cancel or renew Masters of Illusion for an 11th season? When the network announced that the show would air as part of the Fall 2020 schedule, it looked like that would be season 11. The CW has since confirmed to us that the fall episodes are considered part of an extended 10th season.  I’m confident that Masters will still be renewed but we don’t have any confirmation yet.  I’ll update this page with breaking developments. Subscribe for free alerts on Masters of Illusion cancellation or renewal news.

What do you think? Do you hope that the Masters of Illusion TV show will be renewed for an 11th season? How would you feel if The CW cancelled this TV series, instead?