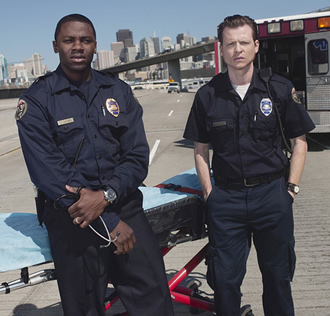 None of the three shows have been performing particularly well but the network is committed, at least for now, to sticking with them. If the ratings for any of them become much worse, NBC could still reduce the season orders. All three are co-productions of NBC’s corporate sister, Universal Media Studios, so that seems unlikely to happen.

Things don’t look quite as rosy though for some of the network’s other programs. Heroes was expected to be one of the weakest players this season but, because of the rest of NBC’s schedule, it’s one of the stronger performers in the 18-49 demographic. As unlikely as it may seem, Heroes could live to see a fifth season.

Law & Order is performing poorly this season, likely in part to the fact that it’s now airing much earlier than it has for 19 seasons. The show’s also running on Friday nights but viewership and expectations are lower there. Creator Dick Wolf made financial concessions to ensure that the show was renewed last Spring so that it could tie with Gunsmoke for longest-running primetime drama (for number of seasons anyway) and will likely push to keep it going. With more than 470 episodes, there are plenty of episodes for syndication but it seems likely that Law & Order will be renewed again.

Trauma is in the most immediate danger and could be pulled at any time. Its ratings are currently stuck at 5.52 million viewers and a poor 1.8/4 rating/share in the 18-49 demographic. Last week, the show ranked in fourth place in both viewers and the demo, and lost a large percentage of the Heroes 18-49 lead-in. Even if NBC airs all 13 of the show’s episodes, it’s inconceivable that they’ll order any more.

What do you think? Do Community, Parks and Recreation, and Mercy deserve more episodes? Should Heroes and Law & Order get another season? Should Trauma be cancelled?

Community is hilarious! Those of you who have not seen it are missing out.

I wasn’t sure about Community but now I love it. Well acted and funny people really need to give this a chance some shows you need to watch more than the pilot.

As for Mercy again love this show, great cast, interesting stories. Please do not cancel either of these shows. I’d rather lose something like Trauma and parks and recreation.

I’m a bit late here, but I’ve been searching the web to find out what has happened to Community. Amazingly, many comments reveal thinking it’s stupid. Maybe it’s stupid in the way that Arrested Development is stupid – ie. very, very funny. Hopefully I’ll find some good news in more recent posts. Thanks for the info.

@Penelope: I’m not sure what you mean. Community was given a full season order of 22 episodes and continues to air on Thursday nights.

Community, Parks & Recreation, and Mercy are all terrible shows and I for one can’t see any reason why anyone would enjoy those 3, for lack of a better word, shows. NBC is a train wreck. Leno has got to go, at least out of prime time. Losing Southland was a mistake. It was at least a different approach to an old format. Glad TNT has picked it up though. If not for The Office and Law & Order, which I think has been as good as ever, I have no reasons to watch. The whole network could disappear and… Read more »

I’m very surprised to see Trauma on NBC’s list of possible cancellation. Trauma has been one of the very few programs on lately that is edgy, action packed, and has a pretty decent cast. I’m hoping NBC sticks with it at least for a full season to see if people can get on board this great show. Mercy sucks! I’m shocked they’re keeping that show around. Lame acting, boring characters, and poor script writing. It puzzles me how they do these ratings and where they get their info from to determine which shows are good or not.

I don’t know how NBC could cancel a show like Trauma and keep Parks and Recreation… I live in Indiana and that was the sole reason I watched even one episode and it was AWFUL. I haven’t ever watched Community, bc it looked just as bad. The only shows I watch on NBC anymore are Heroes, Trauma, Mercy and Law and Order: SVU. They definately should get rid of Jay Leno. It would make room for shows like Southland to come back. Though I heard that Southland got picked up by TNT, so I’ll watch it there. If NBC cancels… Read more »

How is it that they cancel all the good shows put the keep all the stupid one like parks and rection i love trauma and mercy both i love all tv shows the does scientfic or stuff like er i dont understand tv any more im tried of getting into shows and then find out they are getting cancel think i need to stop getting into new shows and just stick with the old ones …. grrr nbc 🙁

I actually really enjoy Mercy, and I’m sad it’s viewership is so low. It is the only new show I’ve gotten into this fall, and I’d hate to see it get cancelled.

Dont cancel law and order more it to a better day and time. Fridays is the worst day to put a good show on. Usually, when shows air on Fridays it will be cancelled. SAVE LAW AND ORDER

I think the problem is that it’s on Monday night, competing with Dancing With the Stars, it should be moved to Thursday after Grey’s Anatomy, when ER used to be on, thanks

Community is terrible. Cancel it.
Hooked on Heroes for a while now. Keep it going.
SAVE Trauma. I love this show! Can’t wait for it to come on every week!
Mercy has potential.
Parks and Recreation. Nobody watches that…..
Law and Order. Oh my God, let it die.

Do not cancel Law and Order. All of them are GREAT!
Please

Don’t cancel Law and Order! It’s still an involving and strong show. I still look forward to the new episodes every week. Move it to a better time slot, if necessary.

Don’t know why they kept Mercy and not Trauma, I couldn’t even finish watching Mercy it was sooo stupid. Trauma may not be realistic, but it was interesting.