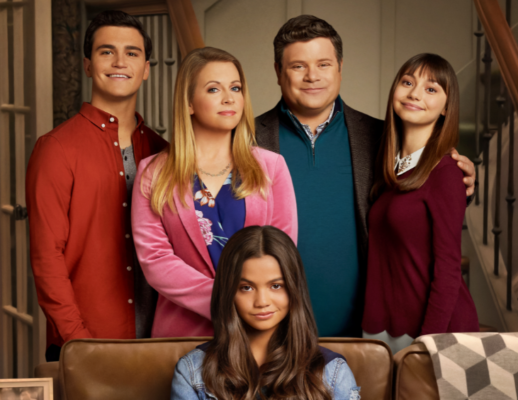 It’s bad news for No Good Nick. Deadline reports Netflix has cancelled the TV show after only one season.

The comedy series “follows 13-year-old Nick, short for Nicole, who infiltrates a family with the intention to get revenge on them for unknowingly ruining her life.” The cast includes Sean Astin, Melissa Joan Hart, Siena Agudong, Lauren Lindsey Donzis, and Kalama Epstein.

What do you think? Have you seen No Good Nick? Would you have watched a second season?

I love this show! Why keep canceling shows with a great cast, storyline and obvious chemistry with characters?

Please Netflix, reconsider cancelling No Good Nick! I had an idea, maybe instead do a spin off since she is going to be with the Thompson’s now and she will be good instead of no good! I really would like to see how things progress and I know others would too! This was such a good show!

No Good Nick is an awesome show. I watched it two time over in about a week. Who decides what goes and what stays?!! This is BS!!!!! Netflix – you are not giving any of your shows a chance. You suck, Netflix. Maybe I’ll cancel my subscription.