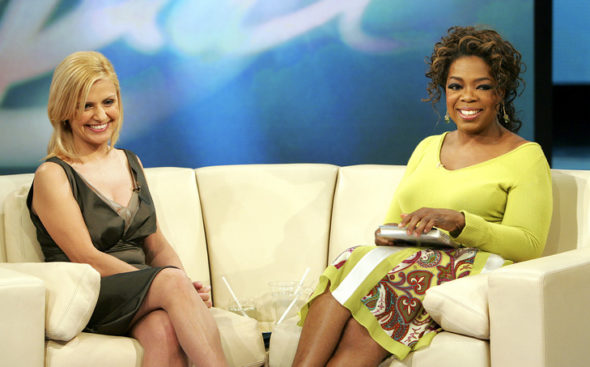 Do you miss Oprah? According to Deadline, Oprah Winfrey is considering reviving her hit syndicated TV show.

Hosted by Winfrey, the talk show debuted in 1986 and ran for 25 seasons before ending in 2011. To this day, it remains the highest-rated daytime series in America and was highly influential for its blend of celebrity interviews and human interest segments.

During a recent interview with Entertainment Tonight, Winfrey revealed she is interested in reviving her talk show:

I would love to make that happen, let me tell you. But maybe not every day. For 25 years, it was perfect. The only time I missed it was during the election or when something really big happens in the news. I think, ‘Oh, gee, I wish I had a show.’”

What do you think? Are you a big fan of Oprah? Would you watch a revival of her daytime series?

What is she talking about she has her OWN channel, and could do a special when some big news she is interested in at any time she wants? She says she doesn’t want to do it everyday, ok then do specials, because your channel sure could use some different shows on it other than repeat 20/20’s, and Datelines.

ABSOLUTELY!!! I Loved watching Oprah then and i especially love watching her now. Super Soul Sunday has become a favorite. So anything Oprah is great for me.

Please, please, please! I would love to see Oprah’s show come back. I love Super Soul Sundays , too. Hope she brings back the book club.

Sure I will watch her show again!

No. No. No. If the reason she wants it back is so another celebrity can tell us little people their opinion on politics… NOOOO!!! I don’t want news of any sort from a talk show. That’s what news channels are for. I want entertainment from a talk show. This is why there is not a single talk show left that I= will watch. If she wants to do news, then switch careers.

If you don’t want to watch don’t watch. Nobody’s twisting your arm!

There have been times when I’ve wished that Oprah had a talk show to hear her opinion about topics. For example, one topic is B. Smith who has Alzheimer, and her husband has a live-in mistress with B in the house! I’d like to hear what Oprah’s opinion is about that.

Only God please no!! Bad enough she has her own network and we have to put up with her singing about bread on weight watchers commercials. Enough! We all aren’t fans!

Then dont watch , Some of want to , Nobody makes you turn anything on