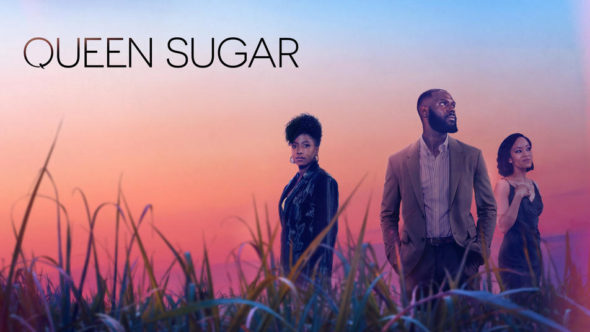 Queen Sugar ends tonight on OWN, and series creator Ava DuVernay has discussed the series finale in an interview with Deadline. The show premiered in 2016 and wraps this evening after seven seasons with a special 90-minute episode.

DuVernay teased the following about the challenges of creating the final episode of Queen Sugar:

“You know, we had a lot to tie up, but we didn’t want to force drama and make anything that felt that it wasn’t authentic to the story and lives of these characters. So, it’s a slow unfolding of this tension between Micah (Nicholas L. Ashe) and his mother, and really wanting to be an adult, to stand on his own and be supported in the life that he chooses. It’s Nova and Dominic (McKinley Freeman) , your namesake, coming to the end of their journey. Which begs the question, what is next for her? Hollywood (Omar Dorsey) and Vi (Tina Lifford), they’re the bedrock of the family, and they’ve wanted to start their own. Does that happen for them, and what does that look like when it does, without there being  big, crazy twists and turns.

What I hope for the finale is just a beautiful, satisfying culmination of these stories, where you get to the end, and you feel like, right, okay, got it. This is what they’re doing next. You know, it was really satisfying, but it was also trying to have restraint in not conjuring a bunch of conflict and crazy stuff, just to end it. Just to let it be a kind of a beautiful unfolding, and let them all go on with their lives from after we’ve been observing them for seven seasons.”

The creator also teased how the emotional finale wraps the series:

“I will say this, I’m really, really satisfied with the end. I feel, you know, it’s a tear jerker. There’s no one who’s seen the last 30 minutes of, I don’t know, the last 15 minutes of the finale that isn’t in tears. If you’ve watched the show, and you know the show, I think it’s going to be something that might leave people feeling very satisfied with the journey.

I looked at all of my favorite shows, and how they ended. You know, I love the way that Six Feet Under ended. There are some series finales where you just like, yeah, yeah I wanted that to be the case for our audience, and I feel happy. I think we got there.”

What do you think? Are you sad to see Queen Sugar end? Would you have watched an eighth season of the OWN drama?

Very sad to see it finish. I definitely would have watched an 8th season!

Loved Queen Sugar. Definitely would have watched a season 8!