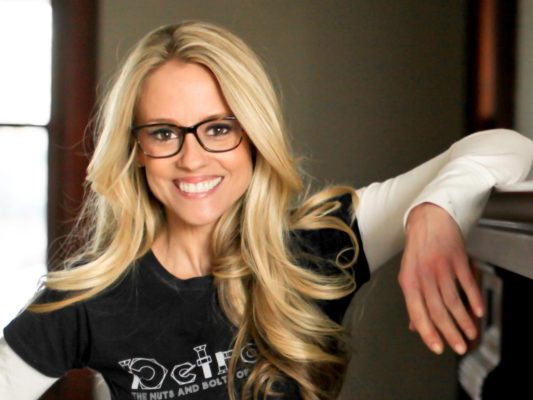 DIY can’t get enough of Rehab Addict. This week, the network announced season eight of the TV show will premiere next week.

The home renovation series follows host Nicole Curtis as she “and her team save historic homes in Detroit and restore them to their stately beauty.”

The new season of Rehab Addict debuts on DIY on October 4th at 9 p.m. ET/PT.

New York [September 28, 2017] Popular home renovator Nicole Curtis stars in a new season of Rehab Addict premiering Wednesday, October 4, at 9 p.m. ET/PT. During the eight-episode series, Nicole and her team save historic homes in Detroit and restore them to their stately beauty.

The series premiere features Nicole as she tackles the renovation of two Detroit houses at the same time – the Ferndale house and the 14 Mile property, which has been gutted of its original fixtures and charm. Since both homes were built in 1928 and have similar floor plans, Ferndale serves as the inspiration for the other blighted home. Nicole and her team start renovations in the living room of the 14 Mile home, where they recreate the beautiful old staircase and frame the windows in oak to match the original design.”

What do you think? Have you seen Rehab Addict? Will you watch the new season?

Hey,, we have a 1030’s Buffett. My husband is currently using it as work bench ugh… i would love for yippy to see it..