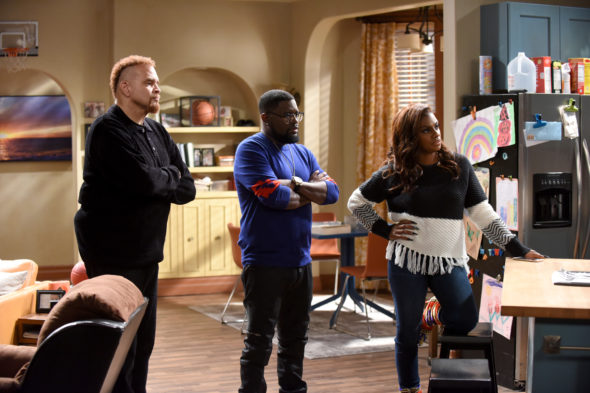 Lil Rel Howery has another breakup to survive. FOX has cancelled his Rel TV show after one season. The Rel cancellation isn’t a huge surprise. Although the sitcom debuted in the fall, FOX never ordered a full season, so the first and only installment — which was one of the network’s weakest Nielsen ratings performers — stands at 12 episodes.

A FOX multi-camera sitcom, Rel stars Howery, Jessica ‘Jess Hilarious’ Moore, Jordan L. Jones, and Sinbad. Set on the West Side of Chicago, and inspired by Howery’s comedy, the series centers on Rel (Howery) a hardworking, successful husband and father. He had everything, until his wife had an affair with his barber, then took the kids and decamped to Cleveland. Now, with the help of his Dad (Sinbad), brother Nat (Jones), and best friend, Brittany (Moore), Rel is trying to maintain a good relationship with his kids and find love again — and a new barber.

Rel: A Look at the Ratings

The first season of Rel on FOX averaged a 0.74 rating in the 18-49 demographic and 1.96 million viewers. Find out how Rel stacks up against the other FOX TV shows.

Deadline has confirmed the Rel cancellation.

After news of the cancellation broke, Howery thanked fans on Instagram, saying:

I want to thank all the loyal 2 million plus people that tuned in every week to my show… I’m so proud of what we did and it was a dream come true… I got a chance to not only create a show based off my material and some real life events I got to work and create magic with my friends… God is so good and I’m truly blessed… Thanks again for the huge opportunity and it’s on to the next one… I learned a lot and it’s still a huge accomplishment for me to pull this off… I wanted to make a dramatic comedy with heart and I did that… I know I made you proud Mom!!!!!! #REL

What do you think? Were you a fan of the Rel TV series? If it had been your choice, would Rel have been cancelled or renewed for season two on FOX?