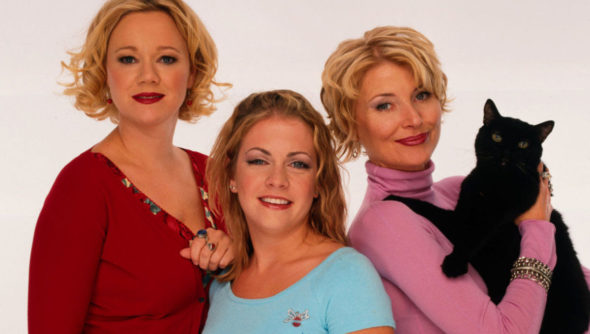 Sabrina the Teenage Witch finished its run in 2003, but Melissa Joan Hart has not forgotten the cast and crew of her popular ABC and WB series. She reunited with over 100 members of the cast and crew over the weekend, and she shared a photo of the reunion on her Instagram.

According to People, she said the following about her plans before the big event:

“I took over a little coffee shop and about 85 of the original Sabrina crew are getting together to hang out for the first time in about 15 years. People are flying in from all over. One of our puppeteers who did the cat is flying from Canada. And Elisa [Donovan] is flying in from San Francisco and Beth Broderick is flying in from Texas. It just shows the bond we had. That crew was so tight and we had such a special bond. And we all knew it. Luckily we were so present.”

Last night was a #woohoo kinda night! 100 members of our cast and crew got together for a casual hang out and reminisced about all things 90’s, Magic and filling the gaps in the last 17 years. #harveyandsabrinaforever #sabrinatheteenagewitch #reunion

Sabrina the Teenage Witch aired for seven seasons. Four on ABC, and the final three aired on WB. The series has now been rebooted for a new generation on Netflix with The Chilling Adventures of Sabrina, which Melissa revealed she has only seen a bit of.

What do you think? Were you a fan of the original Sabrina the Teenage Witch? Would you want to see the original cast together again on screen?

I would love to see the show brought back with the original cast and she is married to Harvey with her own kids bring them up and teaching them all the stuff she had to go through with being half witch. Please bring it back.

My 8 y/o daughter and I are up to Season 6. We cuddle on the couch and watch Sabrina.. and she is so excited when Harvey shows up, hoping Sabrina and Harvey get back together. This show is so much fun. I’m with JOHN. We need you guys back together, on screen. My fam loves you….

YES I sure would watch it again only have the old team that started Sabrina the Teenage Witch would be playing grown up people as the age they are now and I know it would be just as AWESOME as it was back when they cut Sabrina the Teenage Witch right when it was at its best so YESSSSSSSSSS bring it on NO NEW PEOPLE ALL THE ONES THAT PLAYED THE FIRST YEARS IT AIRED !!!!!!!!

I missed this series so much…… I would love if they could do a special or something on TV.