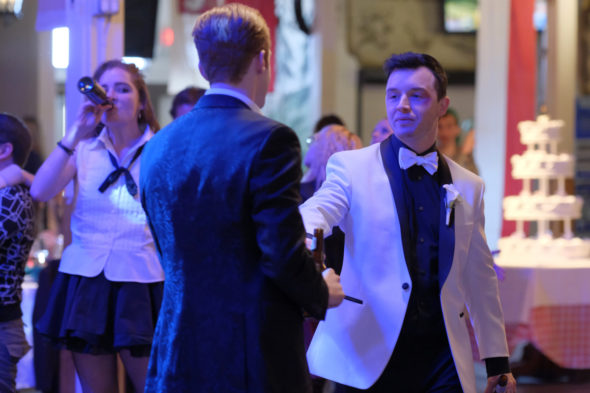 Shameless has just ended its tenth season on Showtime, and the series is coming back for one more season. The executive producer of the series, John Wells, spoke about ending the series with season 11. A premiere date has not yet been set for that season.

When asked about ending the Showtime series, Wells said the following to TV Line about Shameless:

“Well, I’ve always said I would do it forever. We didn’t actually have any discussions with the cast about doing more beyond Season 11, because Showtime, who have been tremendous, terrific partners, told us that they were ready to have us wrap it up. They’ve been such great partners. As sad as that made me… We tried to get the show on the air for seven years. So the fact that they stepped up and supported us for what will now be 11 seasons is a miracle, and it’s been a great, great partnership, working with them and with Warner Bros. I would have kept making it forever. I’m not sure if anybody else was crazy enough to keep doing that with me.”

Wells also spoke about the possibly of Emmy Rossum returning before the end of the series. She left the series at the end of season nine. Could fans see her back on the series for the finale? He said:

“I would love to have had her back the entire time, and she knows that, though. But she’s off doing other things. I’m very hopeful that her schedule, which is very busy because she’s wonderfully talented and doing many things, will align with our being, at least, able to get her back for a little bit. But if not, it won’t be because she doesn’t love us. It’ll just be because she’s got too much else that she’s committed to, which is exciting and great, and we’re all happy for her. I’ve told her all along that I hope that when we end [the show] that it’ll work out, that she can come back, and at least do a little bit for us.”

What do you think? Are you sad to see Shameless end after next season? Would you continue watching?

I hate to see the show go off air. Bc I love it I mostly loved Ian and Mickey. I didn’t start seeing shameless ads until Mickey and Ian where in prison together. I’m guessing around season 10 then I saw it was on Netflixs and started watching it and fell in love with it. Only Netflixs has up to season 9 on it. Then in order for me to watch season 10 I had to buy Showtime. Now just waiting for season 11 to come out. I’m sad to see the show end like I said. Bc there’s so… Read more »

I have followed Shameless from the beginning. I love the show and the characters. I will miss it very much, but I am intrigued to see how it ends. I would’ve happily watched it for as long as they chose to run the show.

I have watched every episode of Shameless since it began, usually after I have recorded all episodes of a season, so I could binge-watch them. The show has been an annual TV highlight for me, and its characters feel like family. I will miss them sorely once the show wraps. I could and would watch this show forever. (I am a 70-year-old retired hippie 🙂 )

Very sad that Shameless will end after season 11. Shameless is awesome, love the cast and entire show, go Gallagher