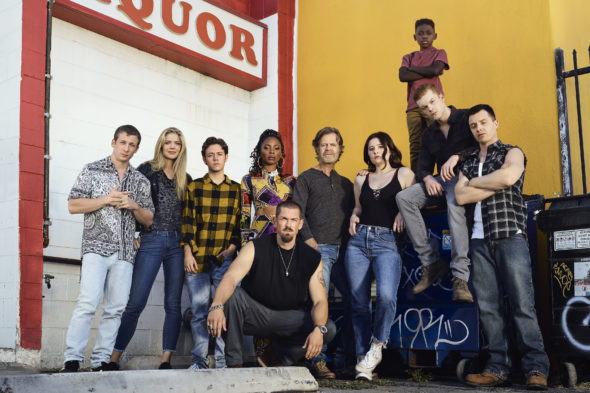 The end is near for the Shameless TV show. Showtime has renewed the show for an 11th and final season. The final 12 episodes will begin airing Summer 2020.

According to Showtime’s co-president of entertainment, Gary Levine, the 10th season cast is set to return. There’s hope that Emmy Rossum will return before the end.

LOS ANGELES – January 13, 2020 – SHOWTIME has announced that it has picked up an 11th and final season of its hit comedy series SHAMELESS, premiering this summer. SHAMELESS, which originally premiered in the winter of 2011, ranks as the network’s no. 1 comedy, its longest-running series and has the youngest-skewing audience of any SHOWTIME series. Season 10 of SHAMELESS, which will finale on Sunday, January 26, has been averaging 5.7 million weekly viewers across platforms. The announcement was made today by Gary Levine, President of Entertainment, Showtime Networks Inc., at the Television Critics Association’s Winter Press Tour.

“The characters of SHAMELESS have brought SHOWTIME viewers more laughs and tears and pure enjoyment than any program in our history,” said Levine. “While we are sad to bid the Gallaghers farewell, we couldn’t be more confident in the ability of showrunner John Wells, his writing team and this great cast to bring our series to its appropriately ‘SHAMELESS’ conclusion.”

“I’m unbelievably thankful for all of the years of support from Gary Levine and everyone at Showtime that’s allowed us to make Shameless,” said Executive Producer John Wells “It’s been a fantastic experience and all of us in the cast and crew have had a wonderful time following the lives of the Gallagher family and friends. It’s been a pleasure!”

What do you think? Are you a fan of the Shameless TV show on Showtime? Do you think that season 11 is a good time to end the show?

Please come back shameless!!!!I can’t believe you left season 11 like that every one story has a lot of holes in it. And there are a lot questions to be answered with the character.And none of the Gallagher’s no that there dad passed away how could u just leave it just like that? Us fans deserve to see the Gallagher life’s come together and not sit here guessing or fill in the blank on what going to happen with the Gallagher, or Kev and V. You should do a season 12.That way everyone story will be answered and it won’t… Read more »

That’s not a fair ending that’s not a ending at all that’s just splicing tape. Please we’re starving for good tv and you cancelled it like you didn’t have a following? Shameless is loved

No way! With covid issues I look forward to watching Shameless even more now than ever to relieve some anxiety. I’ve watched every episode since it started and I’m not looking forward to it ending. Everyone I know watches Shameless! I just started binge watching it from the very 1st episode as well.

I think Netflix should buy their contract, Shameless is awesome and if the rating has lowered it’s only because not everyone can afford showtime. I’m sure that if Netflix buys it will be a hit and there could be many more seasons to come. wishful thinking

SEASON 12 AFTER 11, LOVE THIS SHOW… I WATCH IT ON NETFLIX ALL THE TIME, CAN’T WAIT TO SEE SEASON ELEVEN…

I love Shameless, I’m 60 years old,I enjoy watching it, why would you want to cancel a top rated show. I don’t understand the reason for this. If it’s top rated why not continue to make new seasons. I know of some shows,that I wonder how they stay on . Look how long some soap operas have been on. In a way that’s what Shameless is . I know in my mind that somewhere in this world there is a family like Shameless, just saying. I actually have started watching it from the beginning. It’s a show that I believe… Read more »

I like the show and l watch it any week on Sunday night. So why are you Cancelled it people like watch it so please keep it on so people can watch it. Thank you.