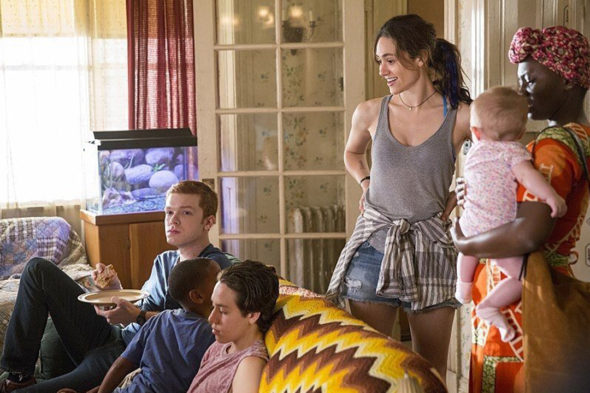 Is Shameless on its way out? Showtime head Gary Levine recently discussed the future of the TV show, Deadline reports.

At this year’s Television Critics Association winter press tour, Levine revealed Showtime has greenlit a ninth season of Shameless but there are no plans beyond that. However, that doesn’t necessarily mean the show is ending after season nine.

Levine said the show could keep going if everything works out with the series’ production company, Warner Bros.

What do you think? Do you watch Shameless? How many more seasons would you watch?

Yes! Keep it going! It’s become a cult classic that relates to so many American lives and families; has no disolving storyline, can possibly keep a new theme and acquire new characters for many seasons! It’s the best!

I would like to see 1 or more of this wild tribe succeed in their chosen endeavor. I’m getting tired of their constant failures, so if they continue to fail, I may fail to continue … watching.

I love shameless! Complete train wreck of a show!!

I like this show but this season is so boring. I don’t care about Fiona’s building or the people in it, Kevin and V are so meh and I never care about Frank. I think the most intriguing character might be Liam because he finds himself mixed up with everyone.

Shameless should run for 11 seasons, like the British version did.

It lost me mid-way last season, got really tired of the whole Fiona can’t do anything right thing, and Lip’s antics got to be wearisome. Sorry, Shameless, but you became Clueless.