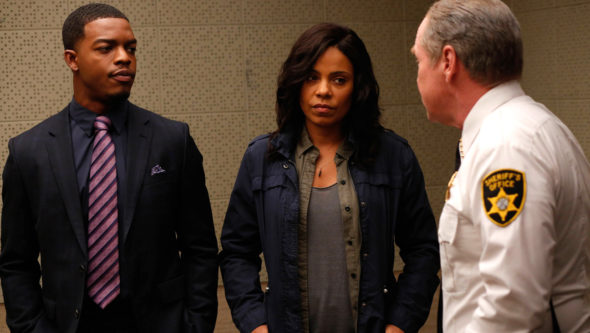 A fine show with excellent content and acting. This is a quality production.

This is a stellar show with relevant material. There isn’t another show I of its kind. I do hope that you will bring on another season. Thank you! It is one of the very few shows that I watch.

Please don’t take shots fired away that’s a family date with me and my family. we are waiting on new release date.

Yes, renew it. I enjoy the show and I especially love Sanaa Lathan and Will Patton. I’ve turned others on to it just before the season’s end, so they are looking forward to the show as well.

I absolutely love this show. This should not be canceled. More creativeness with the writing. But this shoe is great. Give it another chance. We are so use to catching the bad guy every week and I think that is what happened to the show. If the show had a weekly storyline it would definitely suceed. Lord knows there are enough crimes to write the show. You could situate the show in New Orleans. I even have story lines you could use weekly. I think it was a good way to introduce the show. But return it and make it… Read more »

Excellent show! I’d like another season, please.. Everything it better the second time around. If FOX will not air this show maybe OWN (Oprah Winfrey Network) will.

Excellent show! I’d like another season, please. Love the acting!

I think Shots Fire is one of the best series I have watched in a very long time. It kept me in suspense about what would happen next, the plot deals with real-life stories that should be told.
Thanks

Shots Fired has been an excellent series. Fantastic script great cast impressive performances. Apart from conveying moral dilemmas it’s thoroughly enthralling entertainment. It deals with very real problems in a very fair and open minded way. After all nothing is ever simply black or white.

Shots Fired is a to drama show that every person in America and Australia should watch as compulsory viewing. It relates to the racial tension and opens the lid on racial inequality and how all law enforcement should be retrained and step up to not shoot first ask questions later. My family have a long history in Law Enforcenent and in the Services (army airforce(.

Shots fired is a great show!! It touches on current events that are very relavant in society today. The cast is stellar we need more shows like this. I would love to see this show for a second season and many more!!!