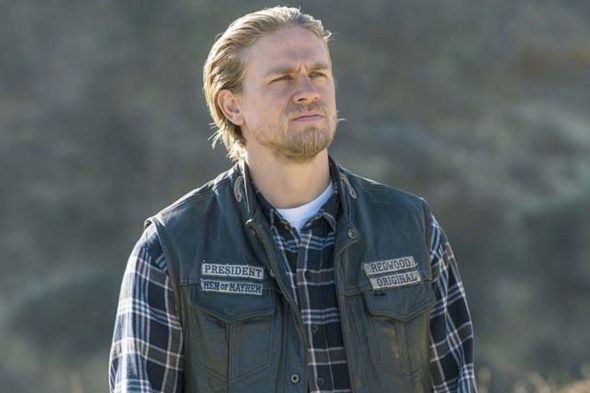 Sons of Anarchy premiered on FX well over a decade ago, and star Charlie Hunnam recently looked back at his time on the series while promoting his latest project. In the gritty drama series, Hunnam stars as Jax Teller in the show about a close-knit motorcycle club that operates in a fictional Californian town. The series also stars Katey Sagal, Tommy Flanagan, and Ron Perlman.

Hunnam said the following about his time on Sons of Anarchy, per People:

“Well, frankly, it gave me a career. And it gave me the ability to have confidence that I was going to be able to make [acting] work as a lifelong career.

I think I went into Sons of Anarchy being a pretty unaccomplished actor in terms of my skill set. I wasn’t one of these people that were born enormously and innately talented. I had to really cultivate a skill set.

And where I cultivated a lot of that skill set was going to work and shooting 10 pages a day on Sons of Anarchy for seven years. I feel like that was my college days.

I went in knowing very little about the process of acting and came out knowing a little bit more.”

Would he ever resurrect the character in some way? Hunnam revealed that he will never put on the rings or the cut he wore for the show ever again. Not even for Halloween. He called the show a ‘deep experience’ for him. “He’s dead now so there would be no ever bringing him back … When he died, he died.”

What do you think? Were you a fan of the Sons of Anarchy TV series on FX? Were you happy with its ending?

Honestly I love this series so much but I was very disappointed of the ending of the series I didn’t like it. I just wish they would have kept the series going for a little bit longer and came up with a better ending of the show that I love so much.

i watched the sons series twice , absolutely brilliant.. the ending very sad, but the only way to end the series. so sad it finished 2 years later i bought c d full series

I would love a prequel of sorts