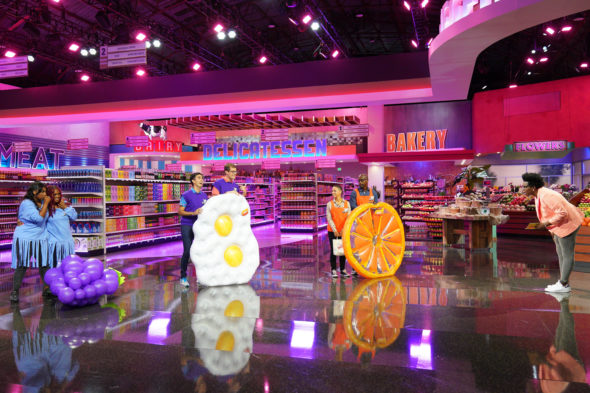 If you see Leslie Jones in the grocery store, it probably won’t be connected to an ABC television show.  The network has reportedly opted to stop producing the Supermarket Sweep TV show.

A game show, the Supermarket Sweep TV series is hosted by Jones and is the latest iteration of the competition series that debuted in 1965. A fast-paced competition, the show follows teams of two friends or relations. Clad in iconic colorful sweatshirts, the teams compete against one another in back-to-back games using their grocery shopping skills and knowledge of food store merchandise. Teams compete for the chance to play in the “Super Sweep,” a race against the clock to find five products in order to win a big cash prize.

Supermarket Sweep was not part of ABC’s announcement about the upcoming 2022-23 broadcast television season and Deadline reports that the network has indefinitely shelved the game show. It could return at some point (in its current incarnation or some other) but, there are no plans to do so.

What do you think? Have you been tuning in for the Supermarket Sweep TV series on ABC? Are you glad to sorry to hear that the series has ended and that there are no plans for a third season?

Bring it back. Leslie is very funny. Also fun to watch.