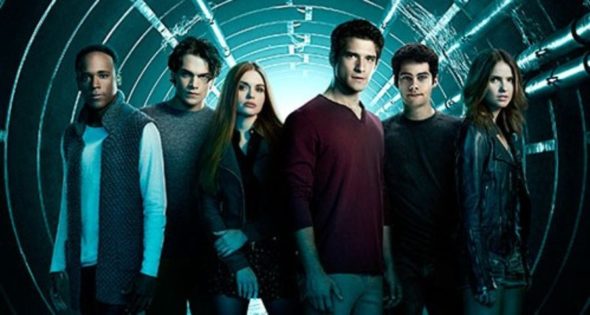 In the interview, Davis said he thinks the characters ended up in college post-finale:

Oh, yes, I’d imagine so. But I’m sure one or two of them had to put it off. Like, I imagine Scott doing night classes or online classes while trying to save the world at the same time. … Or they skip college, because college is overrated.”

Later, the Teen Wolf showrunner revealed which characters he wanted to bring back for the MTV series finale:

You know, there were so many characters we wanted to bring back. We had a whole list. Danny was on it, Braeden was on it. We couldn’t schedule Seth Gilliam for the finale; I had a whole plot line for him. The finale would have been an hour and a half long. We were running out of money and running out of time. I wanted Isaac to come back. Like I wanted him to show up with a two-second cameo at the end being like, “Did I miss it?””

What do you think? Are you a fan of Teen Wolf? Were you satisfied with the series’ ending?

It was a beautiful wonderful ending to a great show. I loved all you brought past cast members back, was nice to see friendship brought back in this world. The very last was dynamite when you had the cast walking together with their new member of the pack. It gave me chills and tears. Left you with a great feeling. I do hope someday it comes back as season 7. I will miss this show a lot!! Thank you crew you were wonderful.