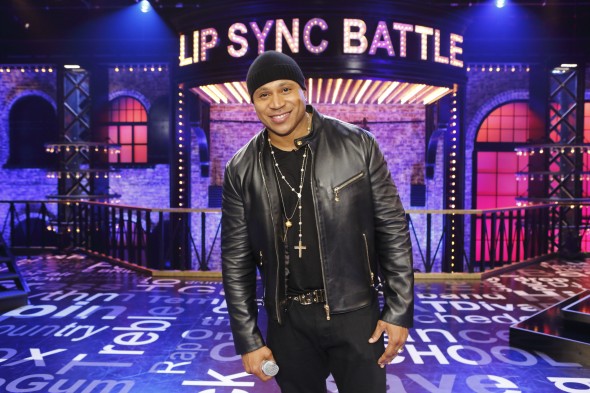 Lip Sync Battle is going live. Today, it was announced the TV show will help launch Paramount Network with a live special.

The network will officially debut on Thursday, January 18 at 9:00pm ET/PT with a LIVE one-hour episode of “Lip Sync Battle” emanating from the Paramount lot in Hollywood. Details on this star-studded event will be announced in the coming weeks.

Spike TV is being rebranded as Paramount Network, a premium entertainment destination that pushes the limits of story-telling with bold original scripted and non-scripted series. Inspired by over a century of cinema, Paramount Network is where today’s brightest stars bring the experience of the big screen to every screen with stories that are immersive, inclusive, and deeply personal.

Later in January, Paramount Network will premiere the landmark six-part event series, “WACO,” with an award-winning cast including Michael Shannon, Taylor Kitsch, John Leguizamo, and Melissa Benoist. On the heels of the 25th anniversary, the eye-opening and captivating series is based on the controversial and harrowing true story of the 1993 FBI siege of a religious sect that resulted in the deadly shoot out and fire.

The new original scripted series coming to Paramount Network in the first part of 2018 includes “Yellowstone,” starring world-renowned actor and Oscar(R)-winner Kevin Costner and written and directed by critically-acclaimed, Oscar(R)-nominated screenwriter Taylor Sheridan; “American Woman” from award-winning producer John Wells, a single-camera comedy set in the 1970s amid the sexual revolution and the rise of feminism starring Alicia Silverstone and Mena Suvari; and “Heathers” an hour-long pitch-black comedy anthology set in the present day, based on the 1988 cult classic film of the same name.

What do you think? Are you a fan of Lip Sync Battle? Will you watch the live special?

Yes I am a fan of Lip sync and excited to see Melissa Benoist as a future guest. Supergirl Rocks!